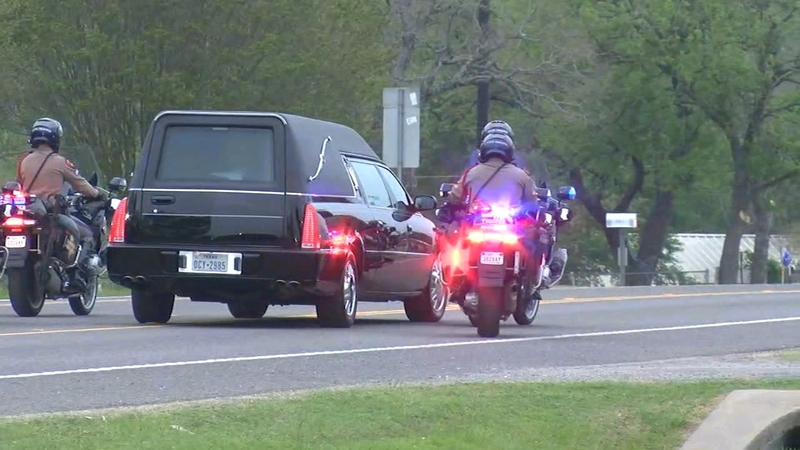 GROESBECK, Texas (KTRK) -- A fallen Texas DPS Trooper was laid to rest in his central Texas hometown, more than a week after he was shot in the line of duty.

Walker was shot while responding to a motorist assist call outside of Mexia, Texas, on March 26 when he was shot several times. He died March 31 after donating his organs.

He began his career as a police officer with the Groesbeck Police Department in 2003 before serving with departments in Athens, Henderson County and Limestone County. He joined the Texas Department of Public Safety in 2015.