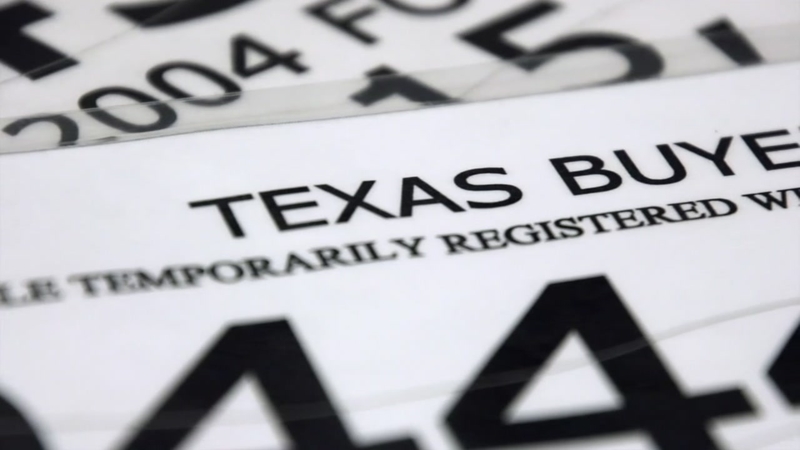 HOUSTON, Texas (KTRK) -- An ABC13 investigation into fake paper plates for sale on the black market, has prompted law enforcement to investigate.

We found paper car plates for sale on Facebook. We went undercover and purchased plates from two different people.

One was from a car lot, the other we bought from someone selling the plate out of a home.

"I can tell you now that you've brought it to our attention, we're going to do something about it and I'm sure other law enforcement will as well," said Rosen.

The DMV is also investigating the dealers who sold us plates. The DMV says the only time a dealer should issue a temporary paper plate is when you purchase a vehicle from the dealer and are waiting for your permanent plates to arrive.

However, we found people selling the plates for $80 under the table.

If someone puts a fake plate on their vehicle, that's a misdemeanor which could land you a fine.

Rosen says what's really concerning is criminals who put fake plates on their cars to avoid getting caught when committing another crime.

"Criminals are going to steal vehicles and go and commit crimes in them or if they are not good at stealing vehicles they're going to use their own but they're going to obviously take their plates off and put temporary plates on which it makes it very difficult to track down who the vehicle belongs to," said Rosen.