WLS
CHICAGO, IL -- Support continues to pour in for a man with special needs who was tortured on Facebook Live last week.

Four people are now facing kidnapping and hate crime charges. Jordan Hill, 18, of Carpentersville; Tesfaye Cooper, 18, of Chicago; Brittany Covington, 18, of Chicago; and Tanishia Covington, 24, of Chicago; were each charged with aggravated kidnapping, hate crime, aggravated unlawful restraint and aggravated battery with a deadly weapon, according to the Cook County state's attorney. Hill, Cooper and Brittany Covington were charged with residential burglary, for allegedly retaliating against a neighbor who complained about the noise in the apartment where the alleged crimes occurred. Hill was also charged with robbery and possession of a stolen motor vehicle.

Prosecutors said the victim, an 18-year-old from northwest suburban Crystal Lake, is diagnosed with schizophrenia and ADD. The suspects allegedly kidnapped him, tied him up, sliced his scalp and taunted him. 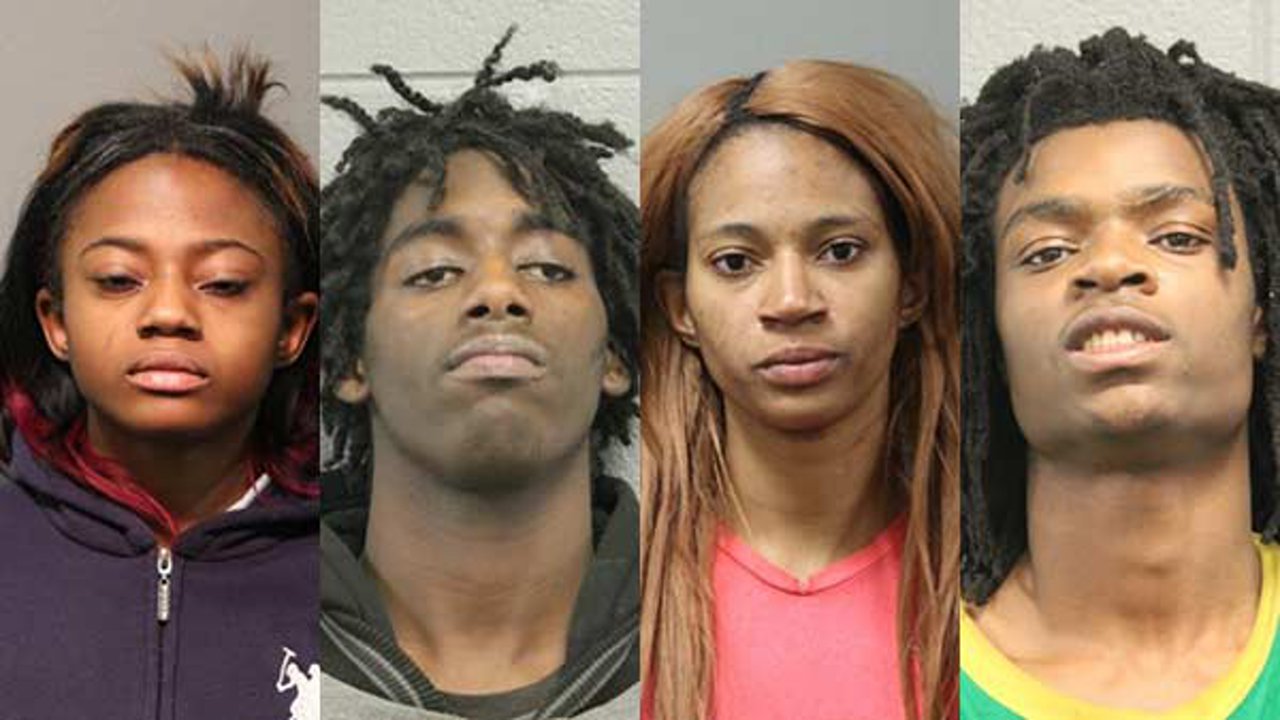 Charges pending in apparent torture
Four people were accused Thursday of committing a hate crime, in connection with the apparent torture of an 18-year-old man with special needs that was streamed live on Facebook. They each face several other charges.

The alleged actions began under the guise of a sleepover with one of the suspects, Jordan Hill, on New Year's Eve, prosecutors said. His family became concerned when they lost contact two days later.

According to prosecutors, Hill beat the victim in a stolen van, then brought him to an apartment on Chicago's West Side when the torment continued.

"A male shoves the victim's face into a toilet bowl and the victim is told to drink toilet water. The victim is punched in the head. The victim is screaming 'no' in fear when the male walks over to him with a knife and states, 'Should I shank his a**?' Also heard on the video multiple times is a male voice threatening to kill the victim," said Asst. State's Attorney Erin Antonietti.

Police said they don't know the motive behind the apparent torture or the suspects' decision to stream it. At one point, the teens, who are black, told the victim, who is white, to say he loves black people.

The suspects also made a string of profane statements about President-elect Donald Trump. At one point, a suspect is heard telling the victim to, "Say f*** Trump b****. F*** Trump. Say F*** Trump."

Police said his beating and torture went on for hours. The disturbing video, which was viewed by people across the country, has been removed from Facebook.

When a downstairs neighbor complained about the noise and threatened to call 911, the victim had the opportunity to escape, investigators said.

Police said an officer came upon the victim confused and bleeding, who later learned he had been reported missing two days earlier in Streamwood.

"He was bloodied and battered and due to the cold weather conditions, I approached him for a field interview," said Officer Michael Donnelly, Chicago Police Dept. "He was discombobulated, he was injured, he was confused."

The victim's family is asking for privacy as they try to help the young man cope with this ordeal.