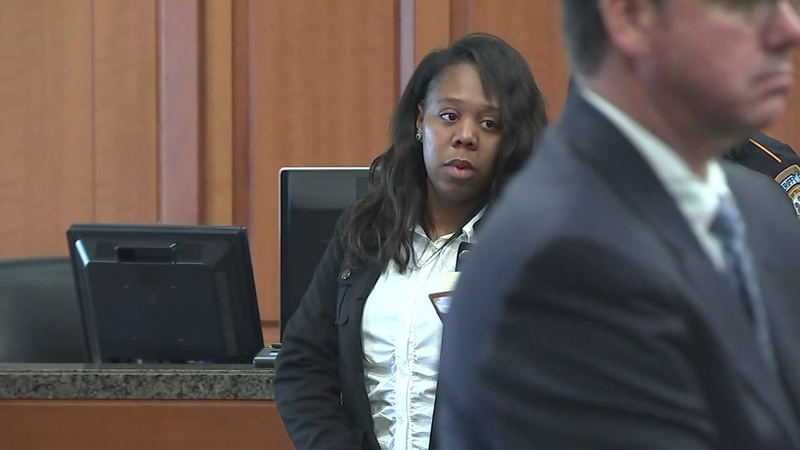 HOUSTON, Texas (KTRK) -- The woman accused of shooting and seriously injuring a man during a Facebook Live video, appeared in court Tuesday afternoon.

Cassandra Damper is currently charged with tampering with evidence after police said she tried to wipe off her hands before testing for gun powder residue.

In court today, Eyewitness News learned that Damper initially lied to police on the scene telling investigators that Holmes held the gun to his head and pulled the trigger.

The shooting happened around 2 a.m. on Easter Sunday at the Valero gas station on Almeda and Southmore.

Police say the victim, Devyn Holmes, was inside of a parked car with Damper and another man who were playing with two guns on Facebook Live.

Happening Now: the woman accused of accidentally shooting a man in the head during a Facebook Live video will face a judge. Cassandra Nickcole Damper is charged with tampering with evidence, police say she tried to wipe her hands before a gunpowder test. pic.twitter.com/0PmLUXY8hL

"You're making me nervous," Holmes says in the Facebook Live, while trying to lower the gun Damper was holding.
Police say the three were inside the car for about nine minutes before the accidental shooting.

“My son is fighting for his life and she is walking around free.” - Sheree Holmes said of the woman accused of shooting her son in the head during a Facebook Live video Easter Sunday. Police say it was an accident. pic.twitter.com/t8oaVEB0lh

Devyn is described as a family man who is devoted to his 5-year-old daughter.

Damper is free on bond and was given an ankle monitor and curfew.

Prosecutors say there will likely be more charges against Damper in the future.