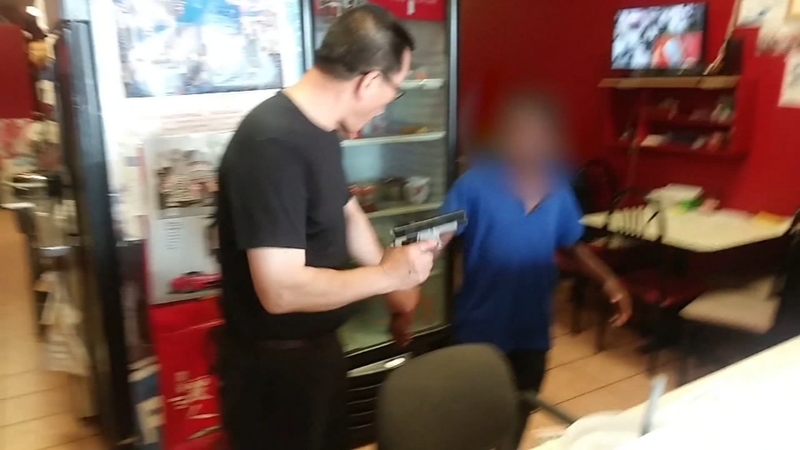 In the video, you can see a man who police identified as Fabao Chen, 58, holding onto the teen's arm while holding a gun in his other hand.

Police say it all started at a nearby Kroger store where a witness saw Chen take off with the boy at gunpoint.

"The man grabbed him by the arm and pulled a gun out then. He told him, 'No, you be still, you be still!' I said, 'Hey man, keep the gun on me, man, cool. Just keep it off the kid," said witness Sean Jenkins.

Police said Chen then forced the juvenile to Double Dragon Restaurant, which Chen said he owns. When they arrived, a big crowd formed and multiple people tried getting Chen to release the boy.

Police arrived and arrested Chen. They say the gun turned out to be a BB gun.

During his arraignment, Chen told police the boy had thrown a bottle inside his restaurant.

Chen pleaded not guilty to kidnapping a minor and three counts of wanton endangerment.

Police offer advice in wake of Ft. Worth kidnapping.

Disturbing new video shows a girl walking alone when a car starts following her through a North Bay neighborhood.