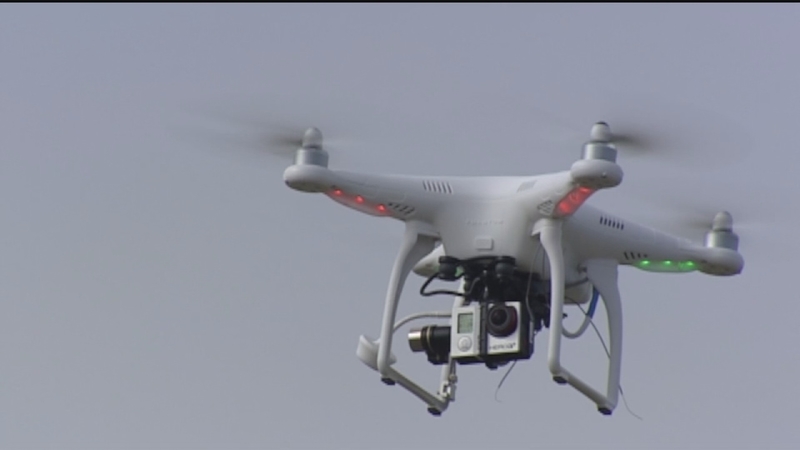 HOUSTON (KTRK) -- The Federal Aviation Administration is working to regulate the use of so-called drones. And while some would tell you there is a distinct lack of regulations governing the burgeoning industry, a Houston search and rescue operation might tell you there's too much.

From deadly mudslides to collapsed buildings, a team from Texas A&M is among the first using unmanned aerial vehicles to help first responders.

They're quick to call them UAVs, not drones.

"Drones has a military connotation which isn't correct for what we do. These UAVs, these unmanned aerial systems are here to help responders," Texas A&M professor Robin Murphy said.

The team does its research at Collage Station's disaster city.

"They give us a view from an elevated position. They're able to go into areas that may be hazardous," TAMUE rescue training director David Martin said.

As much success as the team here at Texas A&M has had using those unmanned vehicles at disaster scenes all over the world, not just anyone can use them for search and rescue.

"We recently received a cease and desist communication that directly affected our search and rescue," said Gene Robinson with RP Search Services.

Robinson flies drones for the non-profit Texas Equusearch. In 2012, it was their drone that found missing Liberty County toddler Devon Davis. But the FAA recently grounded them for violating their rules. Texas Equusearch appealed and sued.

"We use our drones for one reason and one reason only and that is search for missing loved ones," Equusearch founder Tim Miller said.

The FAA expects proposed rules for small UAVs by the end of 2014. It's technology with safety and privacy concerns but also with vast life-saving potential.

The FAA sent the following statement to eyewitness news regarding the Equusearch lawsuit:

"The FAA is reviewing the (Equusearch) appeal. The agency approves emergency certificates of authorization (COAs) for natural disaster relief, search and rescue operations and other urgent circumstances, sometimes in a matter of hours. We are not aware that any government entity with an existing COA has applied for an emergency naming Texas Equusearch as its contractor."