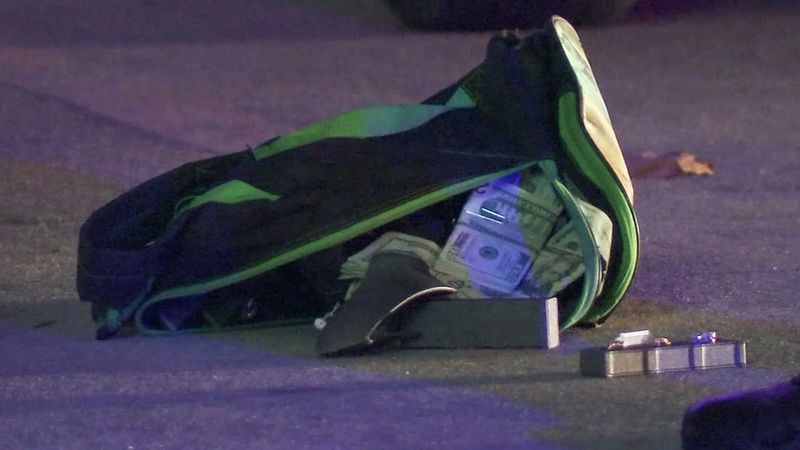 HOUSTON, Texas (KTRK) -- Investigators said an armed suspect is on the run after a pawn shop robbery in southwest Houston.

Houston police said three men burst into a pawn shop with rifles and held up employees, taking an undisclosed amount of cash and even guns.

Before the robbers could get away, however, police showed up.

The suspects tried to run out a back door, but officers were waiting for them.

People nearby took for cover as police tried to take down the suspects.

A suspect in a pawn shop robbery is on the run near Bellaire.

One suspect was taken into custody immediately, while a second suspect was found hiding in a dumpster a few miles from the pawn shop.

A third suspect is still on the loose.

Police said one robber dropped a bag full of money while trying to run.

"I was standing by the window and all of a sudden I see this guy just run past, and he was running fast," business owner Cameron Menoher said.