Students ride on school bus packed with explosives in Virginia 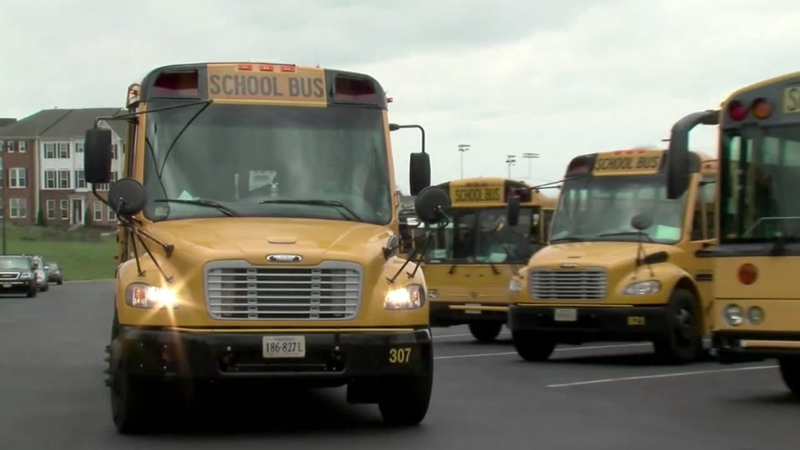 Explosive found on school bus used to pick up students

School officials in Virginia notified them that explosive material had been found on a school bus.

It had been left there mistakenly by a federal government agency unit in training.

Loudoun County parents say they were shocked after learning explosive training material had been found on a school bus.

Even more alarming for some was that students had been riding the bus for two days before it was discovered.

In an email that went out to parents and staff members, it states the explosive training material was quote "in a benign state and could not be activated through normal operation of the bus."

Wayde Byard, a spokesman for Loudoun County schools, says you would need a blasting cap or something to set off an explosion.

"The was not the case," Byard says.

Officials say it was left on the bus last week while students were on spring break, and a federal agency was performing a training exercise.

"We partner with law enforcement to allow them to train first of all to get them to know our schools, in case we have an active shooter or some kind of emergency like that," Byard says.

He says the bus was in service Monday and Tuesday serving students at Rock Ridge High School, Buffalo Trail elementary and Pinebrook Elementary before it was discovered by a maintenance worker on Wednesday during a routine check.

While some parents don't think it's concerning, others admit their reaction might not be the same if their child was on that bus.

"I would probably feel a little bit different about it," says parent Annie Drenna.

The CIA said the explosive material was left by one of its training K-9 units.

The agency in a statement said the explosive material did not pose a danger to bus passengers.