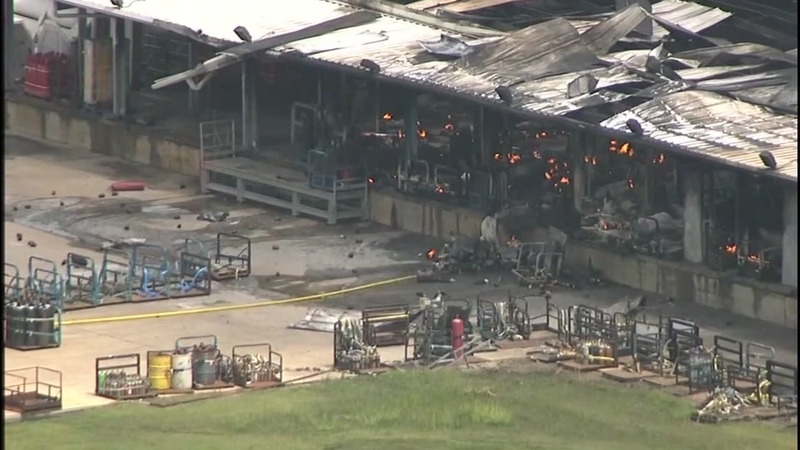 According to the Austin County Sheriff, several explosions took place during the morning. There were no reported injuries.

Residents reported hearing a series of blasts that sounded like grenades. Thick black smoke continues to fill the sky over the plant, and continued explosions were heard throughout the morning.

As of the evening time, officials believed the worst is over. Despite the evacuation order being lifted, a stretch of Highway 159 remained closed between the Brazos River and Bellville.

People were evacuated to a nearby gas station after an explosion at a plant in Bellville.