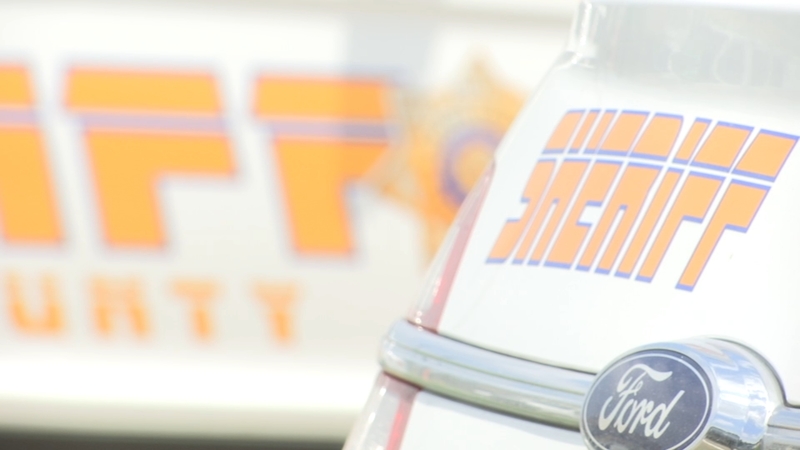 HARRIS COUNTY, Texas (KTRK) -- A former Harris County Sheriff's Office deputy has been charged after an April 2019 incident with a man who was suffering a mental crisis was caught on body camera.

According to court documents, 31-year-old Stephen Legg is charged with the third-degree felony offense of intentionally causing bodily injury to a disabled individual. However, it's unclear if the man involved was disabled.

Legg was restraining a bloodied, mentally incapacitated man on April 20, 2019, in the back of an ambulance after the man received injuries from running into barbed wire, court documents state.

Legg's attorney, Ed McClees, said the charge is politically motivated and his client was doing what he was trained to do.

"It was an effort to try and get control of him, and struck him on the head," McClees explained. "It's not a punching of the face repeatedly. It's striking him on the head to get him shocked so he can get the person handcuffed."

Body cam video allegedly shows Cavazos seated on a gurney, holding his arms out, unresponsive to commands being given by deputies and medical personnel.
According to court documents, after several minutes holding Cavazos' arms, Legg is heard threatening to "hurt" Cavazos unless he stops "resisting." Legg then allegedly boasts about having done so in the past.

"You're not a disabled person because you got high on a series of drugs and decided to climb a wire fence in order to get inside of a business," McClees said.

Legg is then seen on video striking Cavazos several times with a closed fist to the side of the face and head, court documents state. Throughout the video, Cavazos is allegedly visibly experiencing extreme mental distress and unable to care for or defend himself.

Legg's bond was set at $75,000, which he posted.
The sheriff's office said it conducted an investigation and terminated Legg in October of 2019.

When ABC13 asked prosecutors why it took two years to bring charges they said, "Our Civil Rights Division prosecutors conducted a thorough independent review of this incident, and presented the evidence to a grand jury, so that representatives of the community could determine if a criminal charge was warranted," said Dane Schiller, spokesman for the Harris County District Attorneys Office. "We next look forward to presenting this case at trial. As we have all seen, COVID has led to a tremendous backlog in the criminal justice system, including access to grand juries."