Eva Longoria urges Texans to vote: 'As Texas goes, so goes the nation' 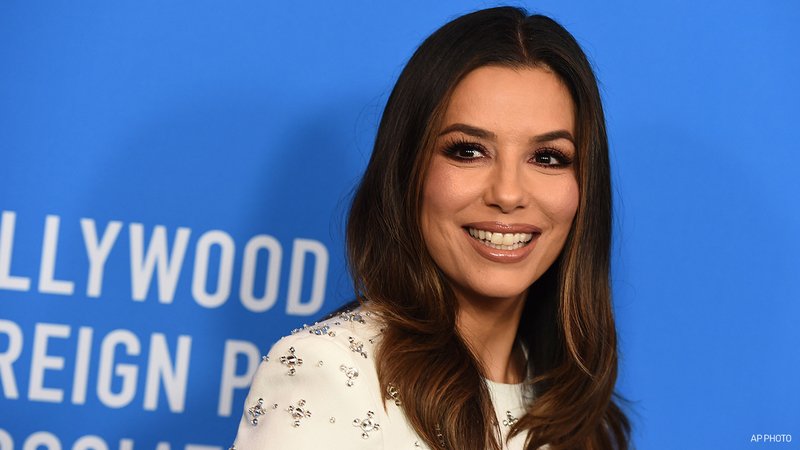 Eva Longoria's message to all Texans ahead of Election Day

HOUSTON, Texas (KTRK) -- Native Texan, actress and political activist Eva Longoria spoke with ABC13 about her efforts to turnout the vote in her home state during the final days of the campaign.

"I'm an American. I am a patriot," she told ABC13's Political Reporter Tom Abrahams. "I care deeply about the direction this country is going. I also grew up in a very politically active family. My sister has special needs. I grew up as an advocate for her and her rights."

Longoria, the daughter of a special education teacher and military veteran spoke with Eyewitness News from Oklahoma, where she is currently filming her next project.

She was one of the hosts of the 2020 virtual Democratic National Convention in August.

"Every part of our day is affected by policies and those policies are created by people. People that we elect, people that we decide," she said. "I've been really inspired this election cycle watching Texas, breaking voting records, and now it's in play, and it might turn blue. There are so many exciting things happening in Texas."

The Cook Political Report shifted Texas from "Lean Republican" to "Toss Up" with less than a week until Election Day, but after the state shattered its early voting records.

Other polls has the state within the margin of error for the presidential race between President Donald Trump and former Vice President Joe Biden.

Trump won the state by nine points in 2016 over former Senator and First Lady Hillary Clinton.

Republicans are confident Trump will carry the state again. Longoria said she isn't so sure about that assessment.

"We need a well thought out response to [COVID-19]," she said. "We need to build back our economy with better paying jobs, affordable health care, and racial justice. Your vote does matter. We need every single Texan to come out and vote. As Texas goes, so goes the nation."

Despite her ties to the Democratic Party, the ninth generation Texan asked all, regardless of political affiliation, to vote.

She especially hopes Latinos exercise what she calls "a strong voice".

"What I want you to know is that politics affects every part of your life and we have an opportunity to make a difference and change the country for the better," she said. "I would encourage everyone to make your voice heard. The voting booth is one of the only places in which we are all equal. It doesn't matter your gender. It doesn't matter your socioeconomic status. Your race, your ethnicity ... nothing matters when you're in that voting booth. All of our votes count the same."