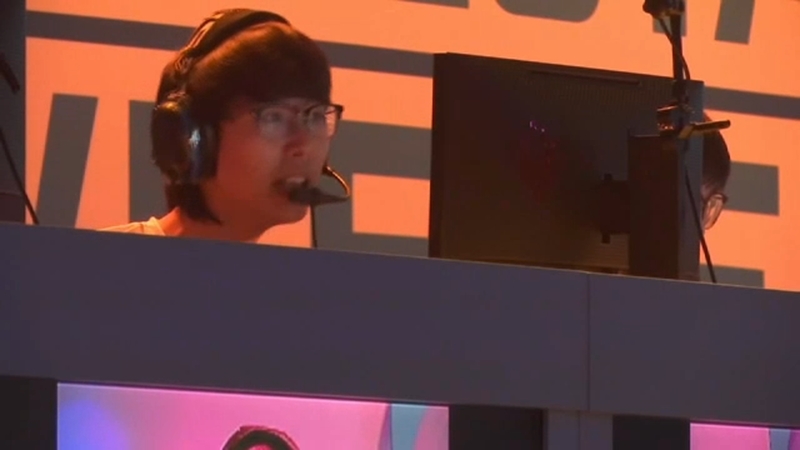 HOUSTON, Texas (KTRK) -- The Houston Outlaws of the Overwatch League will bring action-packed esports to the Bayou City with matches at Revention Music Center next year.

On Wednesday, tickets go on sale for the team's first H-Town match set for February.

The Outlaws team, which changed hands in a $40 million acquisition earlier in the summer, are just a sliver of the raucous and rising popularity of the gaming league. In April, the Outlaws played in Dallas in front of 4,500 screaming fans.

"Once I get paid, I'm buying all the tickets as soon as possible," said Keaton Dockery-Waynker, an esports player at the University of Houston.

The UH team's esports organization has more than 400 members who compete for thousands of dollars in tournaments.

"I'm pretty sure basketball or any other real sport practices long hours, probably three to four hours a day," said UH esports athlete Jonathan Lee. "We do the same for our esport."

In the pros, esports athletes get paid hundreds of thousands of dollars. The league also has major sponsors.

"They practice for a couple of hours. They're tired, they go home and they're finished. But with gaming, it's just really hard for the kids to stop," said Earnest Patterson, the recovery support manager at Lovett Center.

According to experts, if you're child wants to be a part of esports, you should look for signs of isolation, irritability, school issues and lack of sleep.

"Those are danger signs. At that point, that's when a parent has to step in and intervene in those situations," Patterson added.

There might be concerns, but gamers say there are a lot of positives as well. As esports grows, so do their interest in new activities.

When the Outlaws travel to Houston next year, some of them will witness their first sporting event.

"Now that I've found something I'm truly passionate about through esports, I completely understand the other fans who go and watch because that's the exact same experience," said Dockery-Waynker.