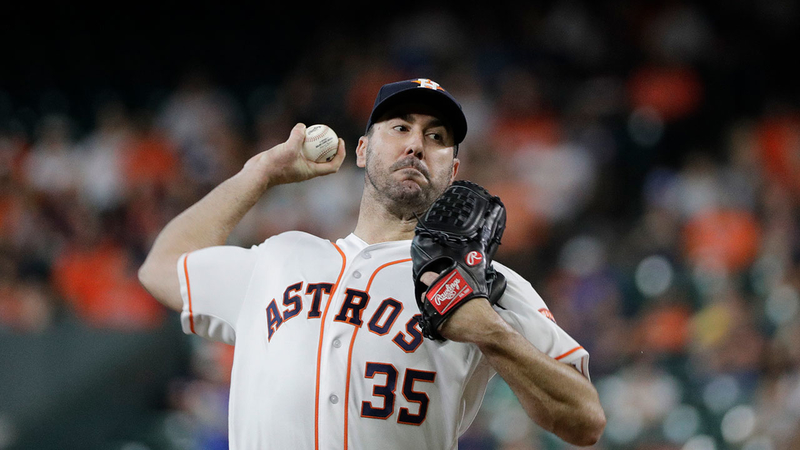 At the pitcher's request, Detroit Free Press writer Anthony Fenech was not allowed to attend Verlander's postgame media availability, Astros vice president of communications Gene Dias told the newspaper. Verlander refused to speak to any reporters with Fenech in attendance.

Fenech was allowed to enter the Astros' clubhouse when Verlander was done speaking, about six minutes after the general clubhouse opening.

Verlander had made his displeasure with Fenech known at least twice prior to Wednesday night. He refused to talk to reporters with Fenech in attendance on Tuesday, and Dias told the writer before Wednesday's game that Verlander didn't want him at his postgame session.

On Thursday, Verlander gave details behind the decision due to what he said was the reporter's "unethical behavior in the past":

I declined to speak with the @freep rep last night because of his unethical behavior in the past. I reached out to the @freep multiple times before the game to notify them why and to give them an opportunity to have someone else there. Ironically they didn’t answer.

Although I tried to avoid this situation altogether, I’ve still reached out to @freep multiple times today with no response. They’re still not interested in my side of the story.

Verlander pitched for the Tigers from 2005 to 2017, when he was moved to Houston at the trade deadline. Fenech has been the Tigers' beat writer for the Free Press since 2015.

The Tigers scored the largest MLB upset in 15 seasons after being listed as plus-435 underdogs. Verlander took the loss after allowing two runs on two hits with 11 strikeouts in a complete game.