2nd escaped murderer is shot, captured after other killed 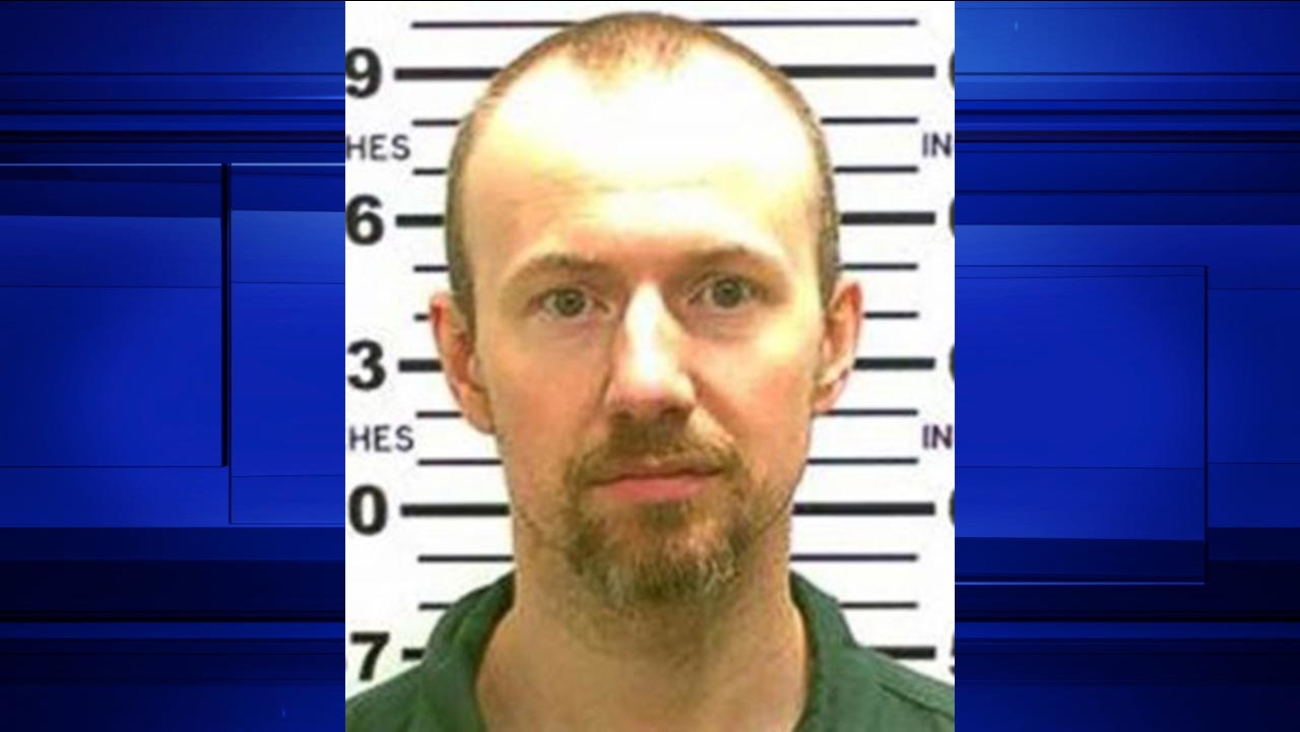 MALONE, NY (KTRK) -- The second of two convicted murderers who staged a brazen escape three weeks ago from a maximum-security prison in northern New York was shot and captured near the Canadian border on Sunday, two days after his fellow inmate was killed in a confrontation with law enforcement officers, a sheriff said.

Franklin County Sheriff Kevin Mulverhill said David Sweat was shot Sunday afternoon in the town of Constable, about 2 miles south of the Canadian border, and was taken to a hospital in Malone. Mulverhill said he had no information on Sweat's condition. Fellow inmate Richard Matt was killed in a confrontation with law enforcement officers Friday afternoon.

According to U.S. Sen. Charles Schumer, D-N.Y., said federal law enforcement said Sweat was shot twice. He said no officers were believed to be injured.

Matt and Sweat used power tools to saw through a steel cell wall and several steel steam pipes, bashed a hole through a 2-foot-thick brick wall, squirmed through pipes and emerged from a manhole outside the Clinton Correctional Facility in Dannemora on June 6.

Sweat was serving a sentence of life without parole in the killing of a sheriff's deputy in Broome County in 2002. Matt was serving 25 years to life for the killing and dismembering of his former boss. They were added to the U.S. Marshals Service's 15 Most Wanted fugitives list two weeks after getting away.

The search for the escaped killers was initially concentrated around the prison and a rural community where search dogs had caught the scent of both men. The search had since been expanded to neighboring counties, and, while authorities said there was no evidence the men had gotten out of the general area, they conceded they could have been almost anywhere.

The manhunt broke open Friday afternoon when a person towing a camper heard a loud noise and thought a tire had blown. Finding there was no flat, the driver drove eight miles before looking again and finding a bullet hole in the trailer. A tactical team responding to the scene of the shot smelled gunpowder inside a cabin and saw evidence that someone had fled out the back door.

A noise - perhaps a cough - ultimately did Matt in. A border patrol team discovered Matt, who was shot after failing to heed a command to raise his hands. He was shot three times in the head, according to an autopsy.

A coroner who attended the autopsy said Matt was clean, well-fed and dressed for the elements at the time he was killed.

A pair of prison workers has been charged in connection with the inmates' escape.

Prosecutors said Joyce Mitchell, a prison tailoring shop instructor who got close to the men while working with them, had agreed to be their getaway driver but backed out because she felt guilty for participating. Authorities also said Mitchell had discussed killing her husband, Lyle Mitchell, as part of the plot.

Authorities said the men had filled their beds in their adjacent cells with clothes to make it appear they were sleeping when guards made overnight rounds. On a cut steam pipe, the prisoners left a taunting note containing a crude caricature of an Asian face and the words "Have a nice day."

On June 24, authorities charged Clinton correction officer Gene Palmer with promoting prison contraband, tampering with physical evidence and official misconduct. Officials said he gave the two prisoners the frozen hamburger meat Joyce Mitchell had used to hide the tools she smuggled to Sweat and Matt. Palmer's attorney said he had no knowledge that the meat contained hacksaw blades, a bit and a screwdriver.

Dannemora, built in 1845, occupies just over 1 square mile within the northern reaches of the Adirondack Forest Preserve and is surrounded by forest and farmland. The stark white perimeter wall of the prison, topped with guard towers, borders a main street in the village's business district.