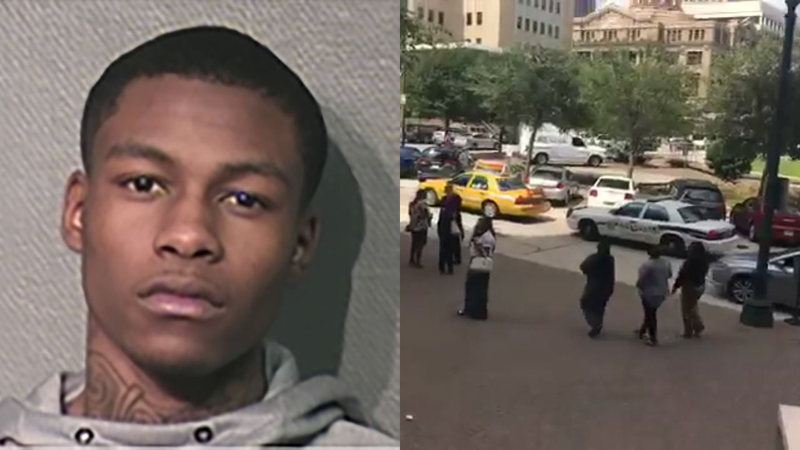 Inmate still on the run after police arrest wrong person

HOUSTON, Texas (KTRK) -- Authorities are resuming a manhunt for an inmate who escaped custody from the Harris County Civil Courthouse on Thursday.

According to Houston police, a person they detained in underground tunnels in downtown Houston is not 21-year-old Jaquaylyn Momon. Police made the determination after consulting with Harris County Sheriff's Office. The detained person was released.

Momon was on the 11th floor of the courthouse as an aggravated assault suspect, the Harris County Precinct 1 Constable's Office said. A judge revoked his bond after he failed a drug test, and that's when authorities say Momon ran from the court.

He is described as 5'8" and 130 pounds. He also has distinguishing tattoos on his neck.