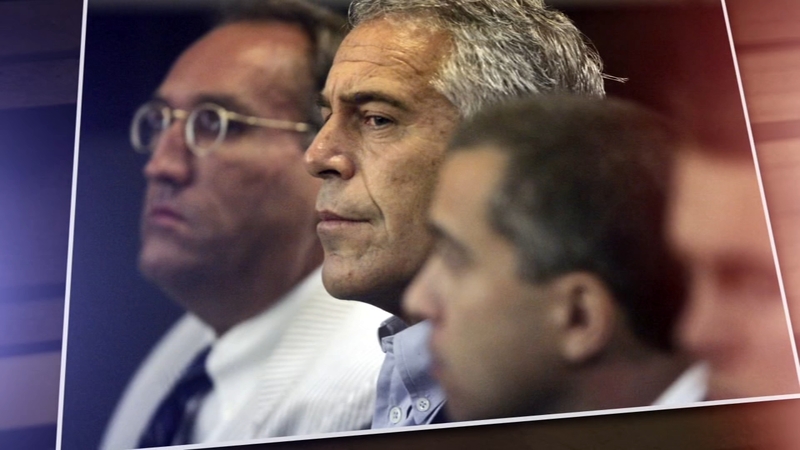 As speculation around Epstein's apparent suicide continues, sources close to the situation revealed new details surrounding the results of his autopsy report.

According to The Washington Post, the autopsy report revealed Epstein sustained multiple broken bones in his neck. The Post cites two people familiar with the findings of the disgraced millionaire's autopsy.

The reports come after new concerns were raised about the prison where Epstein was found dead and lived his final moments.

The Department of Justice revealed that over half of the prison staff on the night Epstein died were working overtime.

Sources told ABC News that the two guards assigned to monitor Epstein not only didn't do so but may have even doctored their log entries to cover up the alleged neglect.

Tim Fleisher has the latest on the death investigation of financier Jeffrey Epstein.

Epstein, 66, died Saturday after reportedly hanging himself inside his cell at the Manhattan's Metropolitan Correctional Center.

Along with new lawsuits filed, several investigations have launched and conspiracy theories have swirled surrounding the circumstances of his life and death.

In addition to the allegations against him, an interview Epstein conducted nearly two decades before his conviction has resurfaced.

"I realize what I am. I'm very comfortable in my own skin," he said.

In the 2003 interview with journalist David Bank, which was republished this week by Bloomberg, the millionaire talked about life on his remote Caribbean island.

"On my own island or on my own ranch, I can think the thoughts I want to think," Epstein said.

That same island was the site of FBI and NYPD raids earlier this week.

Epstein accuser Jennifer Araoz named the late millionaire and his confidante Ghislaine Maxwell in a new lawsuit filed this week.

"Jeffrey Epstein's network of enablers stole from me. They robbed me of my youth, my identity, my innocence, and my self-worth," Araoz said.

Araoz is the first to file a lawsuit in the wake of his death, claiming Epstein raped her when she was just 15-years-old.

"My resolve to pursue justice is only strengthened," Araoz said.

Araoz said Epstein had several sexual encounters with her when she was underage and forcibly raped her in 2002.

"Jeffrey Epstein's network of enablers stole from me. They robbed me of my youth, my identity, my innocence, and my self-worth. For too long, they escaped accountability. I am here today because I intend to change that. While I am angry that Mr. Epstein's death means he will never personally answer to me in the court of law, my resolve to pursue justice is only strengthened."

Epstein was accused of sexually abusing girls as young as age 14 in the early 2000s at his residences in Manhattan and Florida.

He pleaded not guilty to the charges and faced up to 45 years in prison.