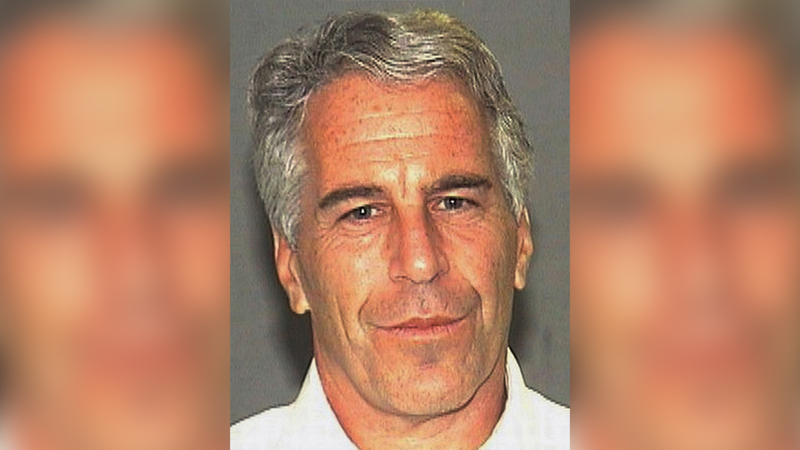 NEW YORK -- A woman who claims that Jeffrey Epstein raped her as a teenager has filed the first lawsuit in the wake of his death.

The suit filed by Jennifer Araoz named Epstein's former girlfriend Ghislaine Maxwell and three of his employees as enabling Epstein to carry out sexual abuse. Araoz said Epstein had several sexual encounters with her when she was underage and forcibly raped her in 2002.

"Jeffrey Epstein's network of enablers stole from me. They robbed me of my youth, my identity, my innocence and my self-worth. For too long, they escaped accountability. I am here today because I intend to change that. While I am angry that Mr. Epstein's death means he will never personally answer to me in the court of law, my resolve to purse justice is only strengthened."

Araoz also penned an op-ed in the New York Times.

Several women who said they were abused by the disgraced multi-millionaire are expected to file suits against his estate Wednesday as New York's Child Victims Act goes into effect.

Sixty-six-year-old Epstein died Saturday after hanging himself inside his jail cell at Manhattan's Metropolitan Correctional Center. Along with lawsuits filed, several investigations have launched and conspiracy theories have swirled, surrounding the circumstances of his life and death.

A Department of Justice official told ABC News that an "after-action" team from the BOP is visiting MCC Wednesday, where they're set to look into the way prison officials handled Epstein's detention in the days and weeks leading up to his death by suicide.

A separate team of BOP psychologists visited MCC Tuesday to reconstruct how Epstein was able to take his own life in his cell, and further probed the decision-making process that led to Epstein being taken off of suicide watch.

RELATED: 7 On Your Side Investigates chronic staffing shortages at facility housing Jeffrey Epstein

A review of camera footage inside MCC-Manhattan showed the guards never made their appointed rounds in the hours before Jeffrey Epstein's suicide, sources familiar with the investigation confirmed to ABC News.

The MCC staff members who were put on temporary leave are suspected of doctoring log entries to show they made the proper checks on Epstein and other inmates in the special housing unit when in fact they did not, the sources said.

ABC News had previously reported the staff failed to follow protocol that requires welfare checks every 30 minutes. The New York Times reported the guards may have fallen asleep.

Officials cautioned that the investigation is in its early stages and findings could change. The guards on duty Saturday morning, when Epstein was found unresponsive in his cell, have not yet been interviewed, sources said.

Epstein was accused of sexually abusing girls as young as age 14 in the early 2000s at his residences in Manhattan and Florida. He pleaded not guilty to the charges and faced up to 45 years in prison.