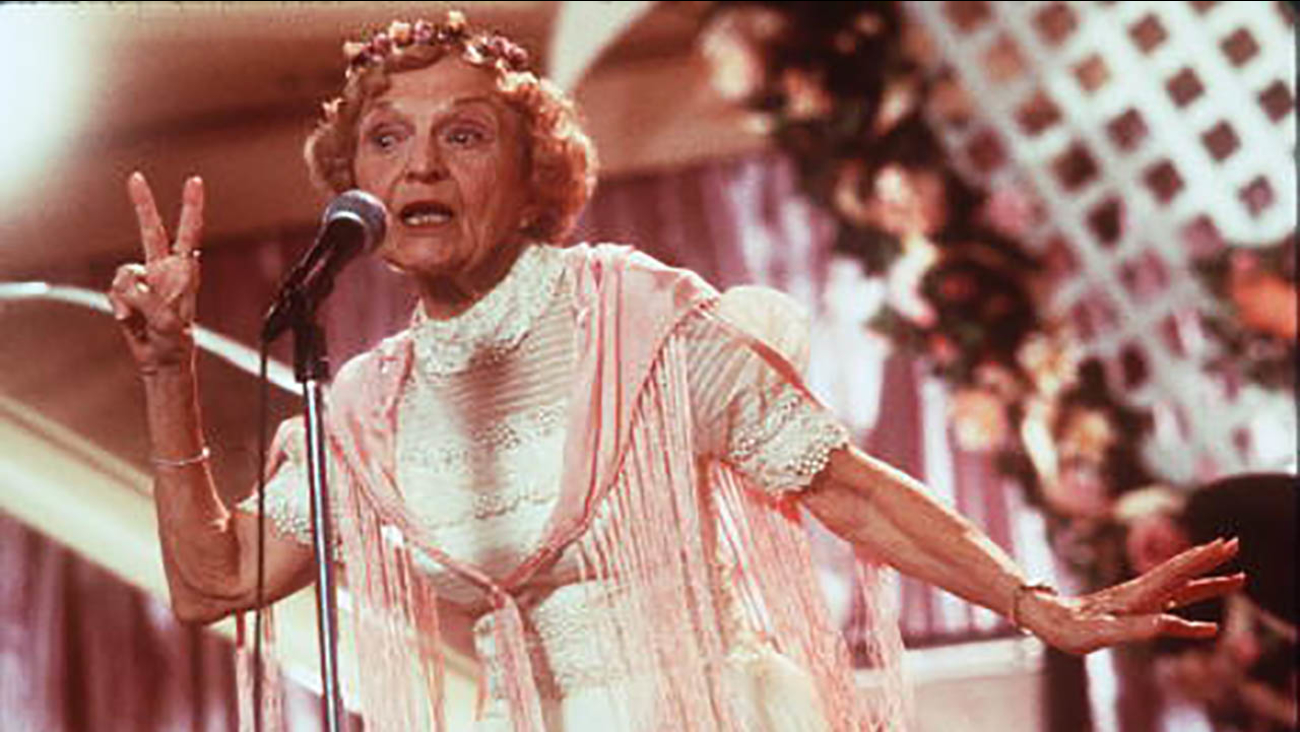 Ellen Albertini Dow, best known for her salty rendition of "Rapper's Delight" in "The Wedding Singer," died Monday, May 4. She was 101. (Getty Images/handout)

LOS ANGELES -- Ellen Albertini Dow, a feisty character actress best known for her salty rendition of "Rapper's Delight" in "The Wedding Singer," has died. She was 101.

Her agent, Juliet Green, confirmed to The Associated Press that Dow died Monday.

Her breakout rap in "The Wedding Singer" led to memorable and often foul-mouthed character roles in films like "Wedding Crashers," ''Road Trip" and "54," as the drug-addled party girl Disco Dottie.

The Mount Carmel, Pennsylvania, native studied theater and dance for most of her life and obtained a master's degree from Cornell when that was still a rarity for women. Dow didn't begin her professional acting career until she was in her 70s, when she got her first job on "The Twilight Zone."