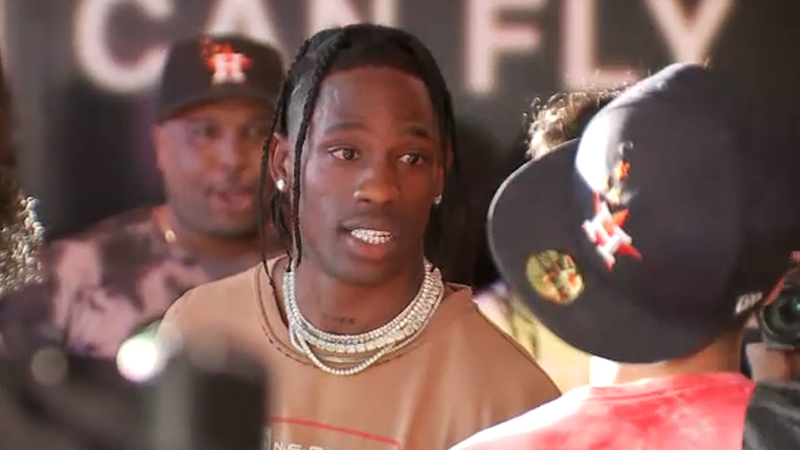 HOUSTON, Texas (KTRK) -- It was an instant party on the northwest side. Hundreds of fans lined up for the chance to see Houston's own Travis Scott in a rare pop-up appearance.

He posted the message to Instagram and Twitter around 5:30 p.m. Thursday, asking fans to meet him off the Northwest Freeway near 34th Street for a special announcement.

Within minutes, the area outside Movie Exchange was packed as hundreds of young fans waited in line for hours, all hoping to meet the rapper.

"I dropped everything I was doing," one fan said. "I pulled up."

Some diehard fans even left work early, some not even clear what Scott was promoting.

Organizers turned the entire store into a promo for Scott's new Netflix documentary, "Look Mom I Can Fly."

The rapper stayed for hours, signing VHS tapes and even handing out VCRs to a few lucky fans.

WATCH: What you should know about Travis Scott
EMBED More News Videos

"Exciting, he got the energy, you could feel it, you know."

His tapes may even create a little extra bonding time between young fans and their parents.

"Only problem is, millennial, I don't have a VHS tape player, I've got to go to my parent's house."

The Houston-born rapper is known to set off a frenzy with every appearance in the Bayou City, including both legs of his 'Astroworld' tour.

In June, his limited edition box of Reese's Puffs cereal sold out in 30 seconds. Each box was $50.