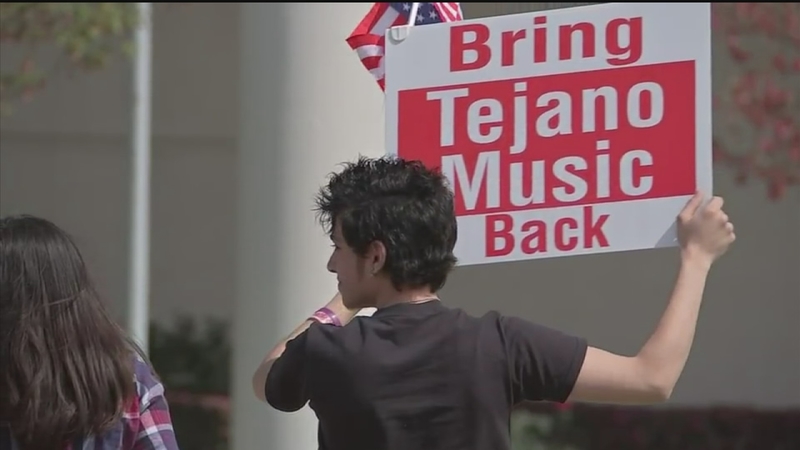 HOUSTON (KTRK) -- Go Tejano Day is one of the biggest days at the Houston Livestock Show and Rodeo but it didn't stop protestors from rallying outside of NRG Park.

Tejano supporters protested Sunday afternoon saying officials here have chosen musical acts in the Norteno and Banda genre and have not stayed true to Tejano music and culture.

These protestors also say Rodeo officials have ignored the contributions of past Tejano bands that have made "Go Tejano" day as big as it is. This has been a source of frustration for fans for many years now.

The Rodeo did issue a statement this weekend, saying the Rodeo respects the freedom of speech and freedom of expression which have made this country great.

They did also say "Go Tejano" has never been specific to one genre of music. It's a play on their popular "Go Texan" slogan which was created in the 1950s.