This is the largest, most technologically advanced expansion ever -- giving aspiring Jedis, rebels and stormtroopers a chance to roam the planet Batuu.

Doug Chiang is the VP and Executive Creative Director at Lucasfilm and from the Bay Area. He started his Star Wars journey on Episode I and has been working on Galaxy's Edge for six years.

Chiang said, "I've never done anything to this magnitude before. When I work on a film, it's usually a two or three year process. This was a six year process. On top of that, we had to build this land so immersively, that it was at a level I've never experienced."

RELATED: Hop into the pilot seat of the Millennium Falcon at Star Wars: Galaxy's Edge

So where do you start? Chiang says the first anchor he needed to create was to find a visual identity of what the land is. "Star Wars settings, as far as planets and locations, they're very distinct. They have a very distinct sort of visual vocabulary of what it is. So our first goal was to figure out what is that. And that's where we did a lot of research and we landed on the Petrified Forest in Arizona. And that gave us the grounding foundation to anchor this land in reality."

Reggie Aqui says it doesn't feel like a theme park land. "It feels like when you have visited a city that's unfamiliar to you and the people are greeting you in unfamiliar ways. And the food is a little different from what you've experienced. But it feels like you've been somewhere." 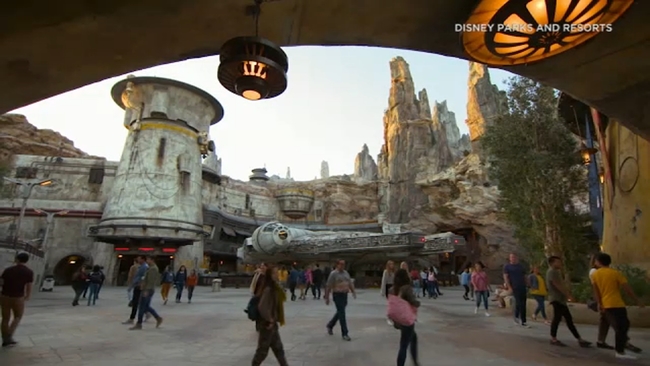 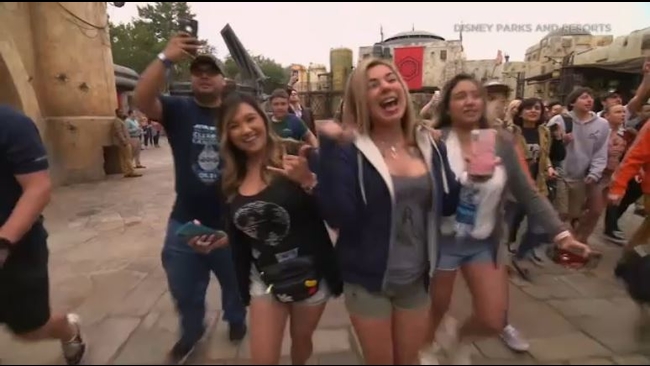