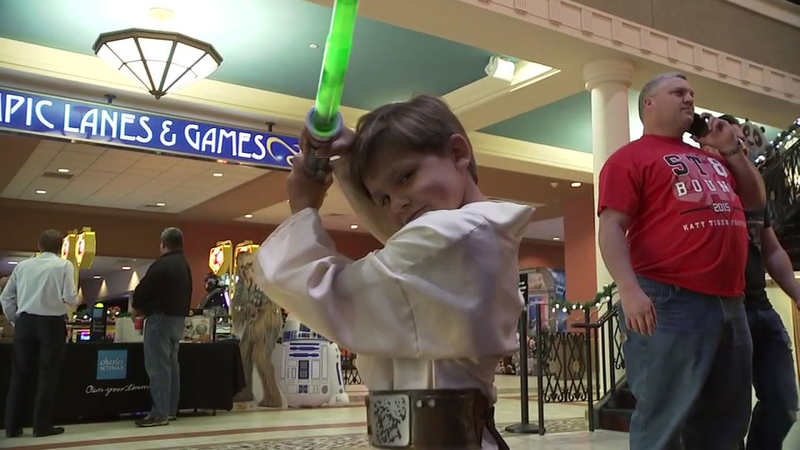 RALEIGH -- The force has finally awakened.

A strong opening day for the seven installment of the Star Wars franchise. Theaters in and around Houston were sold out for the first days of showings.

"We waited a long time for this, " said Darren Cameron who traveled all the way from Uganda to see a marathon of Star Wars showings at Santikos Palladium in Richmond Thursday. "We literally got here two days ago."

The Palladium is one of the largest theaters in the Houston area. Thursday, it was scheduled to show Star Wars: The Force Awakens on 31 screens.

Presales and merchandise on the Disney film is expected to break all kinds of records. Ticket sales alone are projected to top more than a billion dollars in the first few days.

Many fans who came to the first showing at the Palladium were dressed in costume. Some theaters banned costumes for security reasons. Others, like the Palladium embraced them and required fans to show a valid ID before getting a wrist band during admission.

"I have this theory that I've cooked up in my brain that Luke is the new villain," said Callum Glover, 12.

Fans are expecting to see new characters, villains and plot twists that helped make the franchise a hit.

Star Wars: The Force Awakens has already received rave reviews by critics around the world.