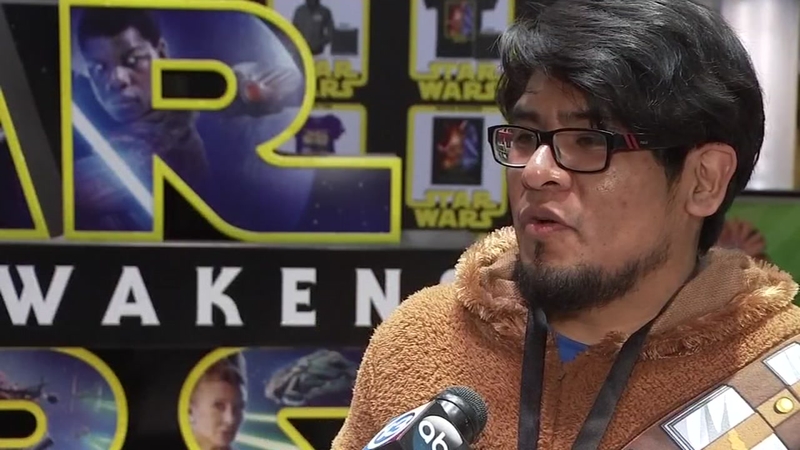 Star Wars marathon locks fans in for fun with the Force

HOUSTON (KTRK) -- Almost 300 die-hard Star Wars fans plan to spend today binge watching the franchise. They're inside an AMC Gulf Pointe 30 theater where the films are playing back to back.

The marathon started at 1 a.m. and ends with the release of "The Force Awakens" at 7pm.

"It captures the soul of everything. It's about a space opera. It's about imagination at its core. That is what has gripped me from the day I watched it," said Diaz. "I actually left work and came right here so that means I'm ready to go. I'm going to make sure I watch all 7 films."

The theater manager told Eyewitness News demand is off the charts. He hasn't seen such interest for a film in years. They plan to show the film every 30 minutes until Sunday.