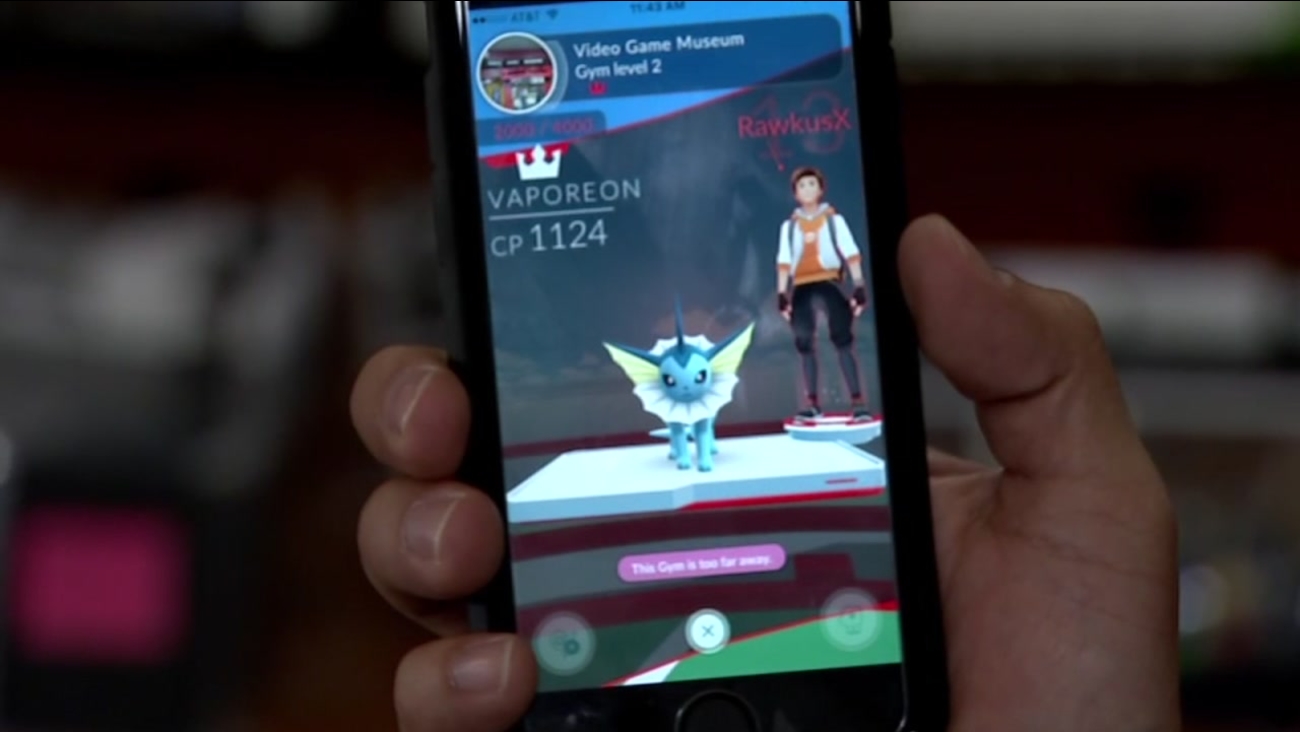 SOKCHO, South Korea -- The seaside South Korean city of Sokcho is enjoying a surge of visitors who are wandering the streets at all hours as they look at their smartphones. Why? It appears to be the only place in the country where Pokemon Go players can chase the mobile game's virtual monsters.

The game has led players in the across the world to questionable places including a home for sex offenders, museums and cemeteries, and into the middle of the road.

Sokcho has welcomed the gamers with open arms.

Local restaurants, hotels and businesses are trying to capitalize on the sudden craze by luring tourists with photos of Pikachu and other monsters in their backyard and promising free gifts to the Pokemon "trainers." The mayor pledged to increase free Wi-Fi hotspots and battery charging stations, and travel agencies have launched Pokemon-themed tour packages to Sokcho. Hotels in the east coast city near the North Korean border reportedly saw a surge in reservations.

The mobile game has become a blockbuster hit in the U.S. within less than a week of its launch, but it has not been officially launched in South Korea and might never be. The country is likely to be excluded from the Pokemon Go's Asia launch because South Korea's government restricts Google Maps service for security reasons.

What is Pokemon Go? Let us explain.

Niantic Inc., a San Francisco spinoff of Google parent Alphabet Inc., relies on Google Maps to overlay cute Nintendo characters onto the physical world. Gamers have to find spots in the real world to capture and train Psyduck, Meowth and other virtual monsters.

Media reports attributed the monsters' appearance in Sokcho to map glitches. By the way Niantic organizes the region, Sokcho and its neighboring area bordering North Korea were reportedly categorized as North Korea. Neither Google nor Niantic immediately responded to emails seeking comment Thursday.

Whatever the reason, South Korean Pokemon Go players have been going to great lengths to take advantage.

It was after midnight when college student Han Kyeol and three friends drove out of Seoul, and 4 a.m. when they arrived at a Sokcho beach.

"As soon as we got out of the car, four of us turned on our smartphones and began playing Pokemon Go," the 24-year-old said by phone from Seoul. "It was very dark but what was amazing was that there were a lot of men roaming around the beaches with smartphones in their hands at 4 a.m."

Han hadn't visited Sokcho in more than a decade, and hadn't considered a return trip before Pokemon Go came around. He enjoyed his overnight trip so much that he plans to return with his girlfriend. "We went to a 24-hour raw fish place, saw the sun rise and stopped by the main tourist attractions," he said.

Lee Jung-hwan, a 26-year-old video producer, has been traveling to Sokcho and other towns in Gangwon province to find and capture monsters since Wednesday. When he finds Pokestop, a key location where trainers can find items such as eggs that can hatch into a full monster, he shares the location on the Facebook group for Pokemon Go players in South Korea.

The city of 80,000 is a popular summer destination for mountain hikers and beachgoers. Local businesses are keen on adding Pokemon Go players who call the place "Pallet Town," the hometown of Pokemon's main protagonist.

The city had four times more hotel-room bookings Tuesday and Wednesday than it did on those days the previous week, the Yonhap news agency reported, citing Interpark Tour, a hotel booking website.

On Auction, the South Korean unit of eBay, tour agencies began selling round-trip bus tours to Sokcho, calling the destination Pallet Town. A local restaurant hung a banner outside welcoming the trainers to a glass of cold water and free smartphone charging. Ramada Hotel in Sokcho promised three free hotel stay packages to those who capture three monsters in Sokcho.

The city, however, is hesitant to fully embrace the game, given the central government's restrictions on Google Maps.

"For the city, it is not easy to promote what the government restricts," said Lee Se-moon, an official at Sokcho city's tourism department. "But it is a great help for the city's tourism because media continues to report about Sokcho and game manias are promoting Sokcho."

South Korea restricts the use of mapping data by foreign companies that do not operate its servers in the domestic market, citing concerns over disclosing military locations amid tensions with North Korea. It is not clear how the Pokemon Go phenomenon would play out ahead of a government decision expected next month on whether to allow Google to use South Korean mapping data.

Some express regrets over what the country is missing due to tensions with North Korea.

"We can't play the game because we are a divided country, but this is what the global trend is," said Lee, the Pokemon Go trainer in Sokcho. "I wish people could play the game here so it could stimulate the regional economy. I got to go to new places and found a beautiful cliff as I was looking for the spots.
Related topics:
arts & entertainmentsouth koreau.s. & worldpokemon
Copyright © 2021 by The Associated Press. All Rights Reserved.
TOP STORIES
Suspect shot by police is man wanted for breaking into Harris Co. deputy's home, HPD says
Rain chances rise Monday night with rare June front
Mother and daughter killed at W. Houston apartment
Off-duty deputy constable's wife, 4-year-old injured in home invasion
LA meteorologist keeps viewers informed remotely during cancer fight
Man charged for allegedly stealing $1.3 M in high-end vehicles
Man's life saved after cardiac arrest while driving grandson to school
Show More
American Airlines cancels hundreds of flights, cites labor shortages
Driver dies in W. Harris Co. road rage shooting
Father and son share bond on and off the track
Andrea Yates tragedy: 20 years later
Your guide to purchasing a good window AC this summer
More TOP STORIES News