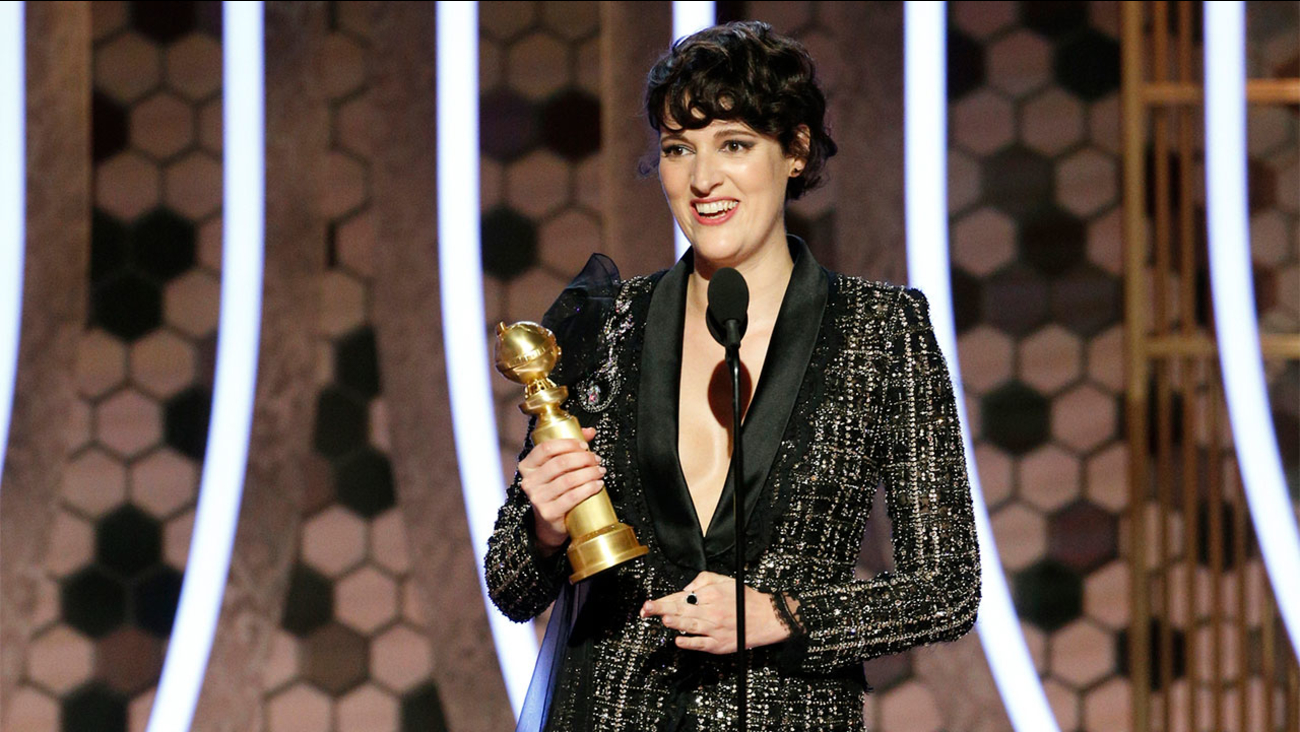 Phoebe Waller-Bridge accepts the award for best actress in a comedy series for "Fleabag" at the 77th Annual Golden Globe Awards at the Beverly Hilton Hotel on Sunday, Jan. 5, 2020. (Paul Drinkwater/NBC via AP)

The Globe goes with six Emmy Awards "Fleabag" won in September, including outstanding comedy series, with Waller-Bridge winning for both her acting and her writing.

The Amazon show based on a one-woman show performed by Waller-Bridge follows a misanthropic single woman in her relationships with men and family in London. It also stars Sian Clifford and Olivia Colman.

The second season, for which the show won the Globe, features a burgeoning relationship between Waller-Bridge and a priest, played by Andrew Scott.

Waller-Bridge thanked Barack Obama for including the show among his favorites of the year, and admitted her feelings for the ex-president run strong.

"Thank you, Barack Obama, for putting us on his list," Waller-Bridge said from the stage. "You've always been on mine. And if you don't know what that means, watch season one of 'Fleabag.'"
Report a correction or typo
Related topics:
arts & entertainmentaward showstelevisiongolden globe awardsbarack obama
Copyright © 2020 by The Associated Press. All Rights Reserved.
GOLDEN GLOBE AWARDS