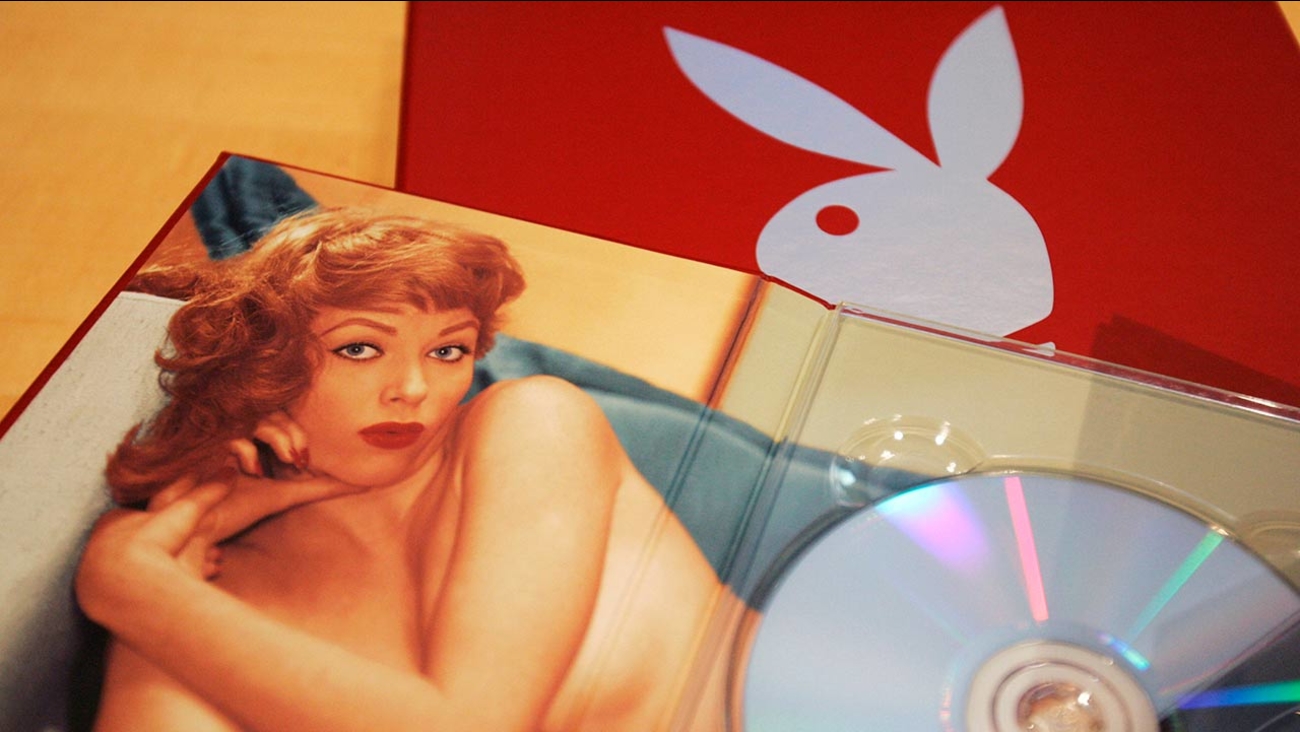 NEW YORK -- Playboy is about to find out how many people really do read it for the articles.

The magazine that helped usher in the sexual revolution in the 1950s and '60s by bringing nudity into America's living rooms - or at least its sock drawers - announced this week that it will no longer run photos of naked women.

Playboy has decided that the answer is less skin, not more.

"You're now one click away from every sex act imaginable for free. And so it's just pass at this juncture," Playboy Enterprises CEO Scott Flanders told The New York Times.

Starting in March, Playboy's print edition will still feature women in sexy, provocative poses, but they will no longer be fully nude. It will become more like Esquire and other magazines with PG-13-type pictures.

The Times said the magazine has not decided whether to continue having a centerfold.

Playboy became famous for publishing nude photos of some of the world's most famous women. Marilyn Monroe was its first centerfold, 62 years ago.

Although the change represents a major shift for the magazine, it is also the latest step away from full nudity, which was banned from Playboy's website in August 2014. That helped make the site safer for work and public places, and enabled Playboy to get onto Facebook, Twitter and other platforms.

The magazine has said its online audience soared with that move, averaging a fourfold increase in monthly unique visitors.

During Playboy's print heyday, readers could plausibly, if not always convincingly, claim they read it for its fiction, journalism and interviews.

One of the magazine's veteran contributors, celebrity interviewer David Rensin, praised the move away from full nudity as something Playboy should have done years ago.

"It's a good business move. The magazine's got to keep up with the times," said Rensin, whose long list of interview subjects includes Bill Gates, Jerry Seinfeld, Martin Scorsese and, more recently, Lena Dunham and Scarlett Johansson.

For every newsmaker or celebrity who said yes to a Playboy interview, Rensin told The Associated Press on Tuesday, there were others who said no because they didn't want their words to appear next to or near photographs of naked women.

The Times said taking full nudity out of the magazine was something the 89-year-old Hugh Hefner signed off on when Playboy editor Cory Jones ran the idea by him.

"The political and sexual climate of 1953, the year Hugh Hefner introduced Playboy to the world, bears almost no resemblance to today," Flanders said in a statement. "We are more free to express ourselves politically, sexually and culturally today, and that's in large part thanks to Hef's heroic mission to expand those freedoms."

The shift will be accompanied by other changes in the magazine, including a slightly larger size and heavier, higher-quality paper meant to give the magazine a more collectible feel.