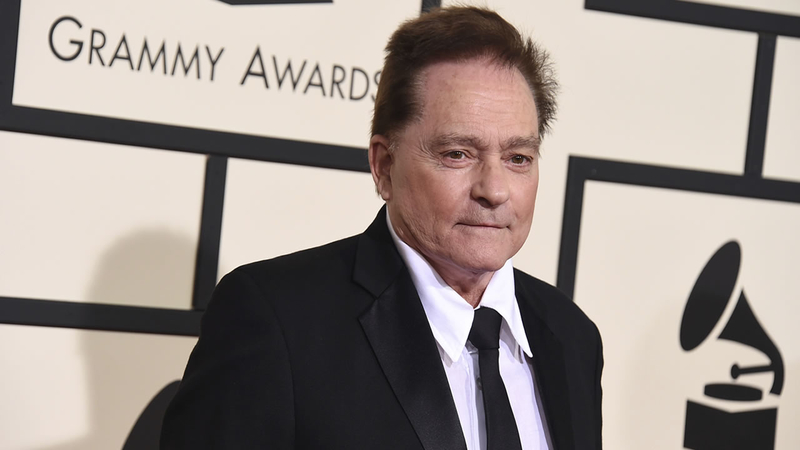 NEW YORK -- Marty Balin, a patron of the 1960s "San Francisco Sound" both as founder and lead singer of the Jefferson Airplane and co-owner of the club where the Airplane and other Bay Area bands performed, has died. He was 76.

Balin died Thursday in Tampa, Florida, on the way to the hospital, spokesman Ryan Romenesko said. The cause of death was not immediately available.

The dark-eyed, baby-faced Balin was an ex-folk musician who formed the Airplane in 1965 and within two years was at the heart of a nationwide wave that briefly rivaled the Beatles' influence and even helped inspire the Beatles' "Sgt. Pepper" album. The Airplane was the breakout act among such San Francisco-based artists as the Grateful Dead and Janis Joplin, many of whom played early shows at the Matrix, a ballroom Balin helped run and for which the Airplane served as house band.

The San Francisco Sound was a psychedelic blend of blues, folk, rock and jazz, and the musical expression of the emerging hippie lifestyle. Balin himself was known for his yearning tenor on the ballads "Today" and "It's No Secret," and on the political anthem "Volunteers." In the mid-1970s, when the Airplane regrouped as the more mainstream Jefferson Starship, Balin sang lead on such hits as "Miracles" (which he co-wrote), "With Your Love" and "Count On Me." He later had solo success with "Hearts" and "Atlanta Lady."

The Airplane was inducted into the Rock and Roll Hall of Fame in 1996, but Balin would long have mixed feelings. Pride in the band's achievements was shadowed by its eventual breakup and by Balin's acknowledged jealousy of Grace Slick, the other lead vocalist. Slick joined the group in the fall of 1966, soon before the Airplane recorded its landmark second album, "Surrealistic Pillow." One of rock's most charismatic singers and performers, she displaced Balin as the perceived leader, on stage and on the Airplane's best known songs, "Somebody to Love" and "White Rabbit."

"Every time I did something, it was always Grace Slick and the Airplane and Grace Slick and the Starship," he told Relix magazine in 1993. "Even if it was my voice. I've even done songs of mine on my own and people come up to me and say, 'I'm surprised you do that song. I always thought it was Grace's.' For a while that hurt my feelings, but there's nothing I can do about it."

Balin was married twice, most recently to Susan Joy Finkelstein, and had three children.

He had been in show business well before the Airplane. Born Martin Jerel Buchwald in Cincinnati, he ended up in the Bay Area as his father, a Jewish immigrant from Eastern Europe, struggled to find work. Marty was a brooding, artistic child who dropped out of San Francisco State University to pursue a career in music. He recorded a few singles with some of Phil Spector's session musicians in the early '60s before joining the folk group the Town Criers. He also changed his last name to Balin.

Like many of his peers, Balin switched to electronic music after seeing the Beatles' 1964 movie "A Hard Day's Night." Through the local club scene, he brought in songwriter-guitarist-vocalist Paul Kantner, singer Signe Anderson (whom Slick replaced), guitarist Jorma Kaukonen, bassist Jack Cassidy and drummer Skip Spence, a novice given the job by Balin because he supposedly looked like a rock star. (Spence would leave after the first album and was replaced by Spencer Dryden). The name Jefferson Airplane, suggested by Kaukonen, was based in part on bluesman Blind Lemon Jefferson.

Meanwhile, Balin and a handful of business partners converted a Fillmore Street pizza place into the Matrix, which opened in August 1965. A year later, the group signed with RCA Records and released the folk-rock album "The Jefferson Airplane Takes Off," for which Balin wrote or co-wrote eight songs. The Airplane, attuned early on to the counterculture, turned out buttons and bumper stickers reading THE JEFFERSON AIRPLANE LOVES YOU.

"I remember it was really pretty and beautiful for a year or two," Balin told Relix magazine in 1993. "And then Time magazine came out and they were interviewing me. I told the guy, 'It's great that you're publicizing this beautiful-feeling scene out here,'" and he looked me right in the eye and said, 'Fastest way to kill it.'"

Starting with "Surrealistic Pillow," a soundtrack for many during the so-called Summer of Love of 1967, the group's music became more experimental. By such albums as "Blows Against the Empire" and "After Bathing at Baxter's," Kantner was the principal songwriter (and eventually Slick's boyfriend) and Balin found himself out of place with his own band and with the rock scene overall. He shunned hard drugs and preferred tight pop songs to long jams. The classic film "Gimme Shelter," centered on the ill-fated Altamont concert from 1969, showed Balin getting knocked out on stage by the Hell's Angels. By the early '70s, he had left the Airplane.

'It was a period of cocaine then - everybody took cocaine. And people I would work with, they would yell at you and it got intense. The Airplane was on that kind of trip," he told songwritersuniverse.com in 2018.

In recent years, he released such albums as "The Greatest Love" and "Good Memories," a retrospective of his Airplane/Starship songs. He also reunited on occasion with old bandmates, whether appearing in concert with Casady and Kaukoken and their group Hot Tuna, or bringing Signe Anderson on stage to perform the Airplane's first single, "It's No Secret." And he liked returning to his folk roots, doing club performances as part of an acoustic trio.

"The whole night is me - and if you dig it, cool," he told Relix in 2016. "And I'm having fun. I move wherever I want, from one song I want to another. There aren't any egos and (we are free from) people's problems - waiting for somebody to light a cigarette, have a drink or change guitars and organize their music. Let's get to the music, man. That's what I'm doing - just flying along."