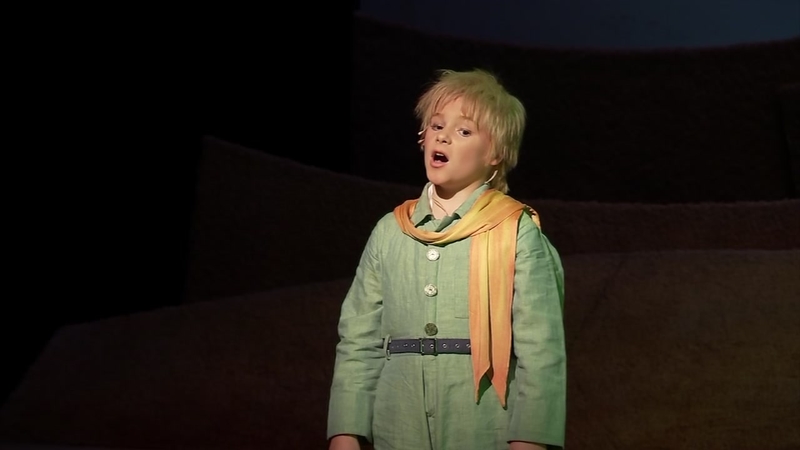 HOUSTON (KTRK) -- Imagine going into a job interview with no experience. Would you think you could be the CEO? Well, the Houston Grand Opera gave the lead role in their newest production, "The Little Prince," to two local kids who have never even attended an opera.

Andy Jones is in his final year at Poe Elementary School. His performing experience? A little more than two years with the school choir.

"I really don't know anything about opera," he says.

"Everyone in my family would just hear me sing and they'd say, 'Oh, that's something,'" he laughs.

Now both boys will take turns playing the lead in Houston Grand Opera's "The Little Prince."

Ken Jones, Andy's Father, says, "How does a kid who's never done anything like this before go from being onstage for two hours with an opera in the fourth largest city in the United States?"

Andy and Cohle were two of 146 kids who auditioned.

Diane Zola, with Houston Grand Opera, explains, "You need to find a child boy or girl who can exude innocence."

Andy isn't used to the attention, but his voice demands it. Neither boy nor their families knew how to react to emails announcing that they were the leads.

"My mom started screaming at the restaurant," recalls Cohle.

Then came the tough part, mixing rehearsals and school.

Andy says, "I just get some packets and my teacher tells me to do this over the course of a week and I have to read a really boring book."

Cohle says, "Wake up in the morning, four hours of school, seven hours of rehearsal and then sleep... yeah, it's a really full day."

In the process, the kids fell for the music and the story.

"This opera is about moral values and learning to be a good person," says Andy. "It's just a big bucket of emotions that you can pull out of each scene."

Andy opened as The Little Prince Friday night. Cohle can't wait for his turn. Each also gets to perform for his classmates.