Japanese skating rink apologizing after freezing fish in the ice 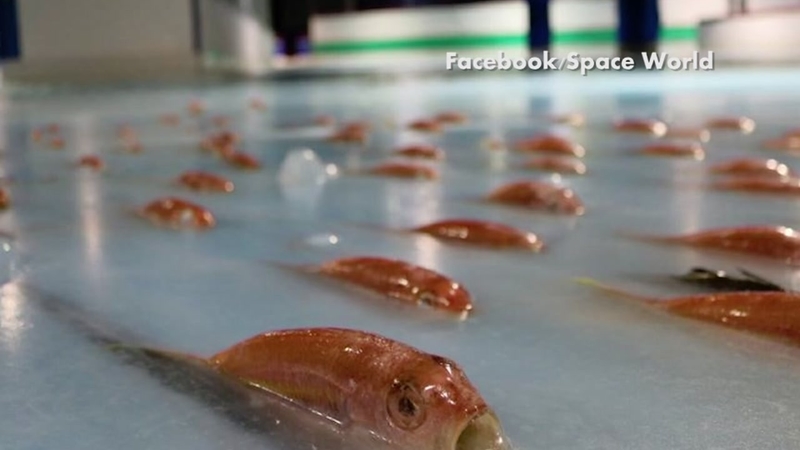 A Japanese skating rink is getting some negative reviews of its newest attraction: frozen fish in the ice.

The park froze 5,000 sea creatures in the rink's floor as part of a special winter attraction. Fish, crabs, starfish and other creatures were embedded in the ice.

Now, as you can imagine, the internet is in an uproar over Japan's Space World Theme Park's actions.

But, it didn't help that the park's social media posts promoting the attraction read, in part, "I am d... d... drowning."

The park's manager says the animals used were already dead, but that doesn't matter to the internet. In response, the park has closed the attraction, apologized and vowed to remove the fish, hold a memorial and turn the fish into fertilizer.