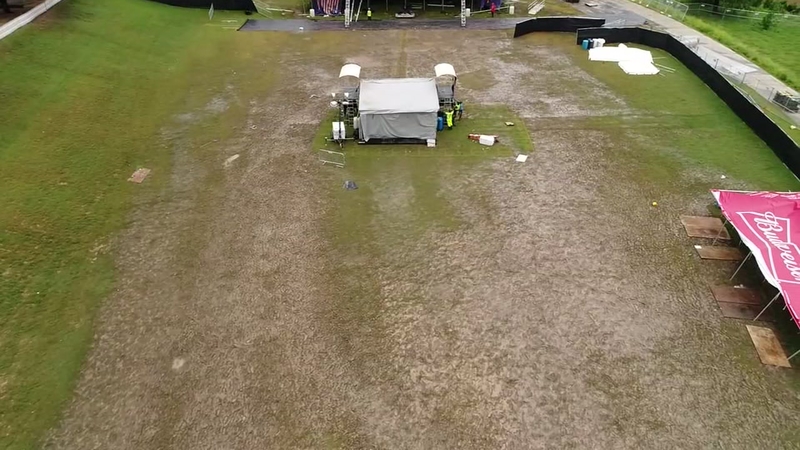 The remainder of the festival in Eleanor Tinsley Park was canceled Sunday after severe weather hit the area.

Concertgoers were forced to evacuate the park Sunday afternoon for nearly four hours.

PHOTOS: A rainy day at FPSF 2017 on Saturday


"My shoes are ruined. I spent over $300 for two people," Hector Lopez-Haro said.

"It rained but it stopped thundering so we could have gone back out rain or shine," Christopher Lozano added.

The festival is offering some refunds for qualifying ticket holders, but others found themselves knee-deep in mud.

"It was like quicksand," said Lopez-Haro. "They're offering 50 percent of the ticket price, but if you bought it second hand, you aren't getting anything."

On Saturday, the festival was evacuated after the threat of lightning and torrential rain.

But by 8 p.m., the festival re-opened and drenched fans stomped through a muddy mess to return to the stages.