Disney's "Mulan" star Donnie Yen used both his martial arts background and skills as a devoted father as inspiration for his role in the live-action remake.
OTRC
By George Pennacchio 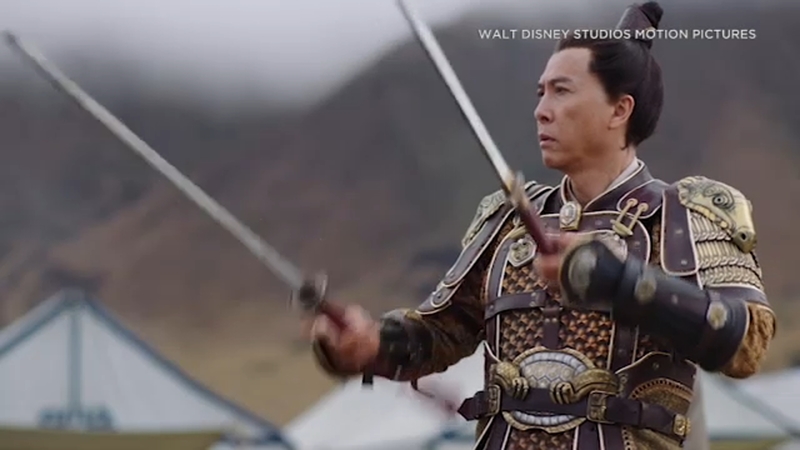 Action star Donnie Yen gets the chance to dazzle us on the big screen with his martial arts skills in Disney's "Mulan." But he had a very personal reason for wanting to be part of this movie. The veteran actor said he is completely familiar with the story; first, as part of Chinese lore. Secondly... because his daughter loved the 1998 animated movie!

MORE: Everything to know about 'Mulan' on Disney+
EMBED More News Videos

Watch the trailer for the live-action adaptation of "Mulan," which will be available to stream exclusively on Disney+ with Premier Access starting Friday, Sept. 4.

"The subject, the contents, is something that I feel very proud of," said Yen. "It's about the richness of Chinese culture. The heritage. And on top of that, it's about a female hero, which I adore."

Yen has been the hero plenty of times in the 70-plus movies he's made over his 30 year career, including his role as a blind monk who is a force to be reckoned with in the 2016 blockbuster "Rogue One: A Star Wars Story."

"I do have the force, I carry it with me. I still have that force," said Yen. "So I just borrowed a little bit of that force and put it in "Mulan."

"Mulan" is rated PG-13 and is available exclusively on Disney Plus with Premier Access on Friday, September 4.

Yen said he was very careful when filming stunts in the film because he's suffered serious injuries in the past.
EMBED More News Videos

Disney's live-action "Mulan" recruited veteran action star Donnie Yen for a key role. He used both his martial arts background and skills as a devoted father as inspiration.