It's safe to say that the actress has been in the spotlight for most of her life, even when she wasn't aware of it. At the age of three, Mykal-Michelle's mom, Kimberly J. Harris, submitted a video that when viral on Facebook and thus kicked off her acting career.

"I didn't even know what acting was at the time," Mykal-Michelle said about her breakout into the television industry. Soon after the video went viral, Mykal-Michelle made appearances on CNN, "Good Morning America" and "Little Big Shots."

Now on an ABC show, Mykal-Michelle loves learning from resident pros Tracee Ellis Ross, Tika Sumpter and Mark-Paul Gosselaar. But the actress is most grateful for the fact that someone that looks like her, with mixed race and wild hair, has a place on TV.

"I'm a little like the character," Mykal-Michelle said of Santamonica. "She has [a] loving family. She has amazing hair styles." Not to mention, both of them are insanely cute kids.

Speaking of having a loving family--although Mykal-Michelle has met and worked with legends within the entertainment industry (including Mariah Carey!), she still says that her greatest inspiration is her mom.

Supporting her daughter may be a full time job, but Kimberly loves it: "Being able to spend time with her is phenomenal. I enjoy being on set with her, helping her learn her lines."

Not only taking the role of a mom with her child's best interest at heart, Kimberly is also Mykal-Michelle's acting coach. The actress revealed that her mom helps her develop all her characters. The two even spent hours working on a Russian accent together for a scene in "Mixed-ish."

The work doesn't stop at developing her onscreen character, though. Mykal-Michelle said, "She helps me be who I'm supposed to be on the show and who I am [as a] person."

In addition to working eight hours a day filming "Mixed-ish," going to school, and keeping up with her long list of hobbies, the child star still prioritizes giving back to the community. The young actress paid a visit to Saving Our Daughters, a foundation in East Los Angeles that supports tween and teen girls from multicultural backgrounds who want to break into the film industry.

"We always say that it's not about the fame or anything else, it's about the give back," Mykal-Michelle stated.

Part of the organization's initiative is to provide the kids with tools to combat bullying. Being a part of two popular television shows, Mykal-Michelle has already faced her fair share of critics. However, the actress doesn't let online bullying get her down.

"They can only have power if you let them have power," Mykal-Michelle shared with the group.

It's no secret that Mykal-Michelle is wise beyond her years, and with already so much experience in the entertainment industry, she left one last piece of advice for everyone: "Follow your dreams, never give up. And whether you're a singer, dancer, writer, performer...be yourself."

RELATED: Stars of ABC comedies celebrate our differences and embrace the "-Ish" in all of us
Report a correction or typo
Related topics:
arts & entertainmentcelebritycharityblack'ishact of kindness
Copyright © 2020 OnTheRedCarpet.com. All Rights Reserved.
CELEBRITY 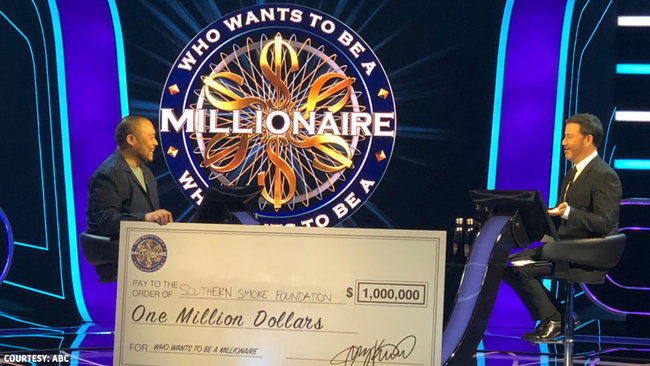