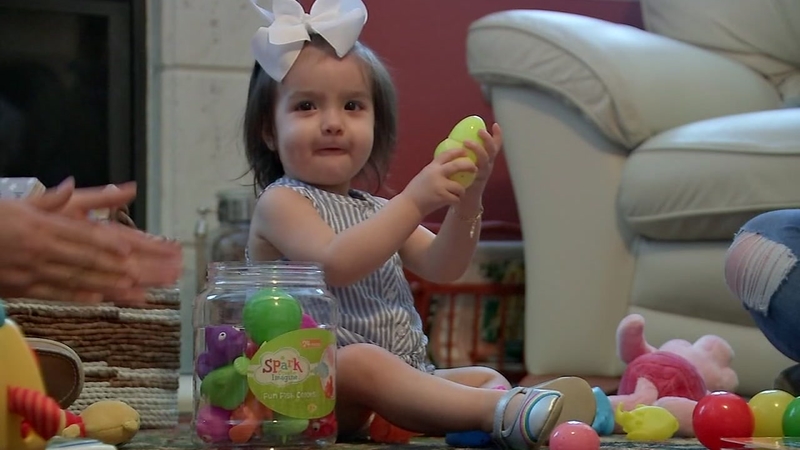 CYPRESS, Texas (KTRK) -- In July, a little girl just one month shy of her first birthday fell ill while on a trip with her parents to visit family in Mexico. She required emergency surgery to repair what's called a telescoping of the intestine. During the operation, a catheter became dislodged and cut off oxygen to her brain, causing a series of strokes to a very small patient.