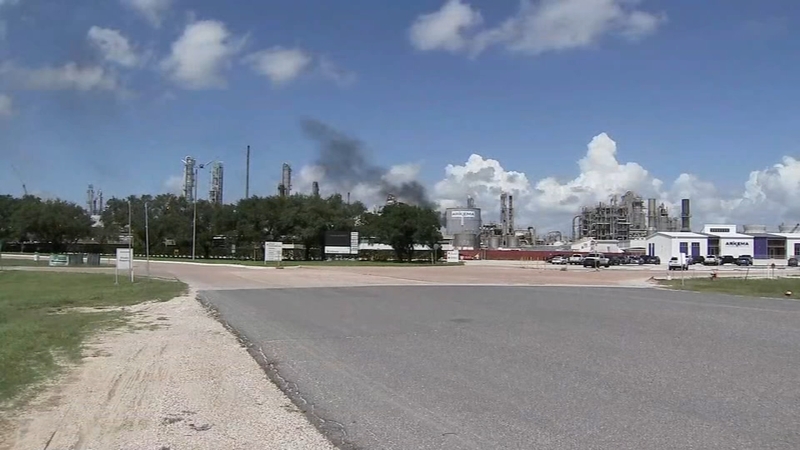 Workers can be heard making sure all were accounted for just after an explosion and fire at the facility.

"Everybody's safe. Everybody looks safe," a worker could be heard saying on the video.

The brief clip captured heavy smoke billowing from the plant.

A statement from plant officials confirmed that an explosion occurred at the facility around noon on Saturday and that all personnel were accounted for.

According to Pasadena FD Fire Marshal David Brannon, by the time they arrived at the scene, the fire had been put out by plant officials.

While the fire was extinguished by 2 p.m., Celanese officials asked for the area around the facility to be avoided while first responders managed the incident.

The explosion and fire occurred in the plant's carbon monoxide unit, according to a statement from Celanese spokesman W. Travis Jacobsen.

"Celanese's emergency response plan has been activated, appropriate agencies have been notified, and local fire department and first responder resources have been mobilized and are on the scene," Jacobsen said.