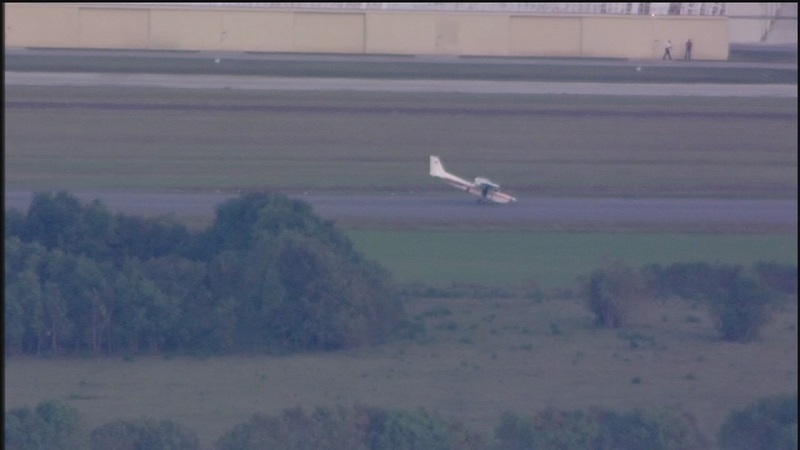 Authorities say around 4:30pm, a Cessna 172 registered to a flight school reported a problem with its nose landing gear as it approached the airport.

SkyEye HD showed the plane circling the airport for about 30 minutes, and trying to land several times. Finally, the pilot touched down and the nose of the plane titled forward, rubbing across the runaway until it came to a stop.

Two people - a man and female - immediately exited the aircraft; both were pilots and one was trying to earn extra hours. An ambulance was waiting at the scene but it wasn't immediately clear whether either pilot sought medical attention.