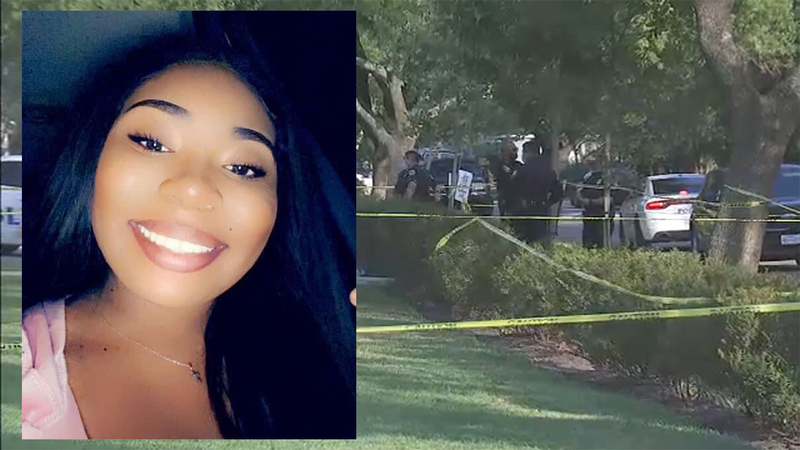 HOUSTON, Texas (KTRK) -- Police are searching for a man they believe is involved in the killing of 16-year-old Elsik High School sophomore Mareja Pratt, who was shot and killed down the street from her home.

A warrant has been issued for the arrest of Kenny Charles Garrett, who is charged with two counts of aggravated assault with a deadly weapon and one count of murder, according to court records.

SEE ALSO: Family of teen killed over 'social media beef' asks suspect to turn himself in

According to court documents filed by an HPD officer, surveillance video from the 10800 block of Sharpview Drive where the incident occurred showed Garrett exiting a red Chrysler 200, discharging his weapon and then leaving with others in the same car.

Police said Mareja was shot in what her sisters called a family feud that escalated.

The sisters said their family member initiated a meeting to confront the feud. They told ABC13 they did expect to fight but did not expect the gunfire.

Once arrested, Garrett's bond will be set at $250,000, according to court documents.
Report a correction or typo
Related topics:
houstonhouston police departmentshootingteen shotteen killedwoman killedsuspect imagesinvestigationwarrant arrests
Copyright © 2022 KTRK-TV. All Rights Reserved.
TOP STORIES
Judge: COVID asylum restrictions must continue on border
IRS conducting criminal investigation in Uptown Houston
Woman stabbed to death allegedly by husband was a Katy ISD employee
Woman stopped at US border with condom-wrapped fentanyl
Northbound I-45 blocked before FM-518 in League City
Here's how many inches of rain you could get over the next 7 days
Investigations resume for parents of trans children, lawyers confirm
Show More
Houston gets highlighted as stop in the GMA 'Rise and Shine' tour
Wanted suspect shot and killed by Pasadena police during foot chase
Police arrest man charged in robbery and kidnapping caught on video
United cancels couple's flight, charges $4K more for same seats
Trump pays $110K fine, but must submit paperwork to end contempt
More TOP STORIES News