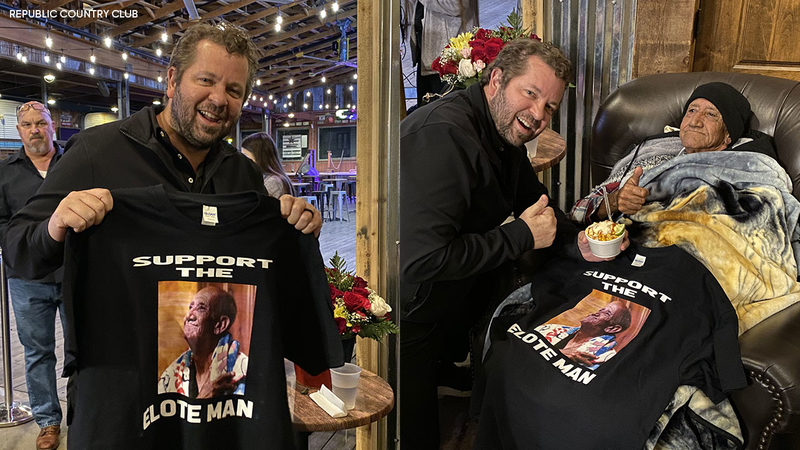 Still, the Houston community wanted to celebrate the man when a live fundraiser took place at the Republic Country Club in Stafford.

Vargas' bicycle was totaled and his shoulder badly injured when his cart was hit by a vehicle.

The crash is going to keep him from selling his famed street corn, which was his own means of making money.

Between the GoFundMe and Friday's fundraiser, though, Vargas appears on his way to getting back on the road.

Organizers made a special batch of the Mexican street corn for $10 a piece.

There was also a concert by hybrid mariachi-rock band Metalachi.

Vargas will need at least four months to recover from his injuries.

The 68-year-old "Elote man" was struck by a car while moving his cart in the East End.