Can Warren go head-to-head with Trump? 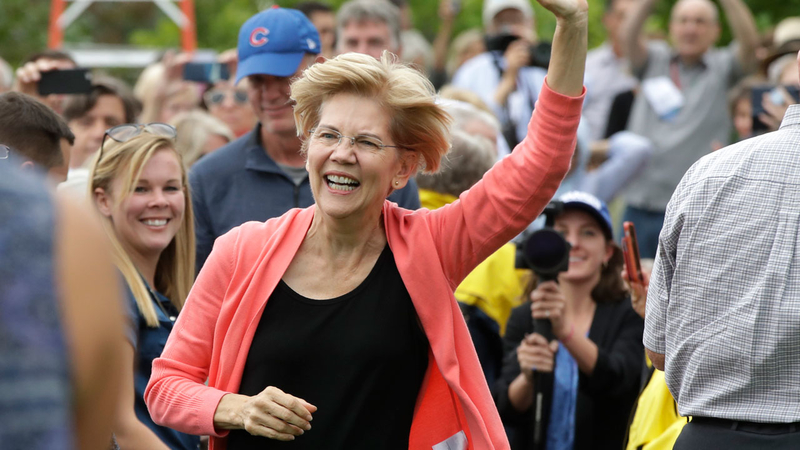 AUSTIN, Texas (KTRK) -- At a rally in Austin Tuesday, Massachusetts Sen. Elizabeth Warren referred to Houston quite a few times.

The Democratic hopeful said the city gave her a chance to live her dream job. The question Tuesday night is will the debate Thursday in Houston help propel her to the presidency?

"My first big job was back in Houston," Warren said. "I was so excited."

From the moment Warren took the stage, she pushed policy proposals by telling her life story, including the time spent studying and teaching at the University of Houston.

"Back then, it cost $50 a semester," Warren said. "University of Houston! Go Coogs!"

Hundreds turned out to hear from the senator, just days before ABC News' Democratic debate at Texas Southern University.

Earlier Tuesday, many wondered if Warren can go head-to-head with President Trump.

"I really like to see the field start to narrow down," undecided voter Hayden Fox said. "There's been a lot of candidates."

We asked her about her proposals to combat climate change, and whether the energy capital of the world should worry about a Warren administration.

Tuesday night, Warren planned to spend the night in the Texas capital. She'll head to Houston Wednesday as she gets ready to take center stage.