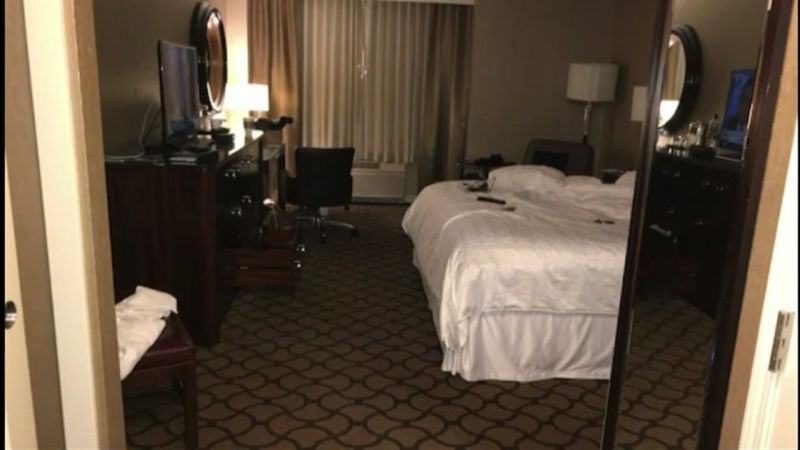 Javier Martinez, 30, was arrested at a Sheraton in northern California, police say.

Martinez used a very small, high definition camera to record a man in the hotel room next to his.

The camera was pushed beneath an adjoining hotel room door.

He told police he worked in the deans office at University of California, Berkeley, and was going to use the videos for reality TV.