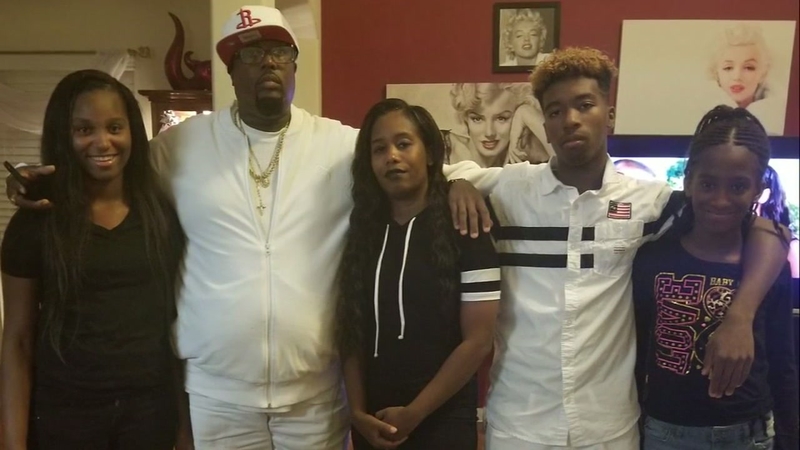 SPRING, Texas (KTRK) -- This Thanksgiving weekend, the family of 16-year-old Elijah Chavis was at his bedside at Northwest Medical Center. He's in tremendous pain, with fractures to both his neck and spine.

His mother, Eran Chavis said, "He's my child. He's not anybody else's child. He is my child. I could've been burying him."

She said she is stunned that someone could strike her child with their car and keep going. Chavis says the 10th grader at Westfield High School was riding his sister's bike early Saturday morning on Kuykendahl Road near Richey when someone hit him. She says they don't know how long he was there before being found.

"If you had stopped and at least called and gotten help sooner, it probably would have been better," said the teen's mother.

Harris County sheriff's deputies say they were called to the scene around 5 a.m. Saturday and are investigating it as a failure to stop and render aid case.

A nearby resident named Skylar said, "To have someone be so negligent and not offer aid or help or check and see if you're alive, it shows a lack of moral conduct."

He also added that he drives the road often and it's both dark and dangerous overnight.

"You need your high beams down these roads, which cause other drivers to have a lack of sight," said Skylar.

Chavis says doctors believe right now her son has a long road ahead, but will make a full recovery. She says what keeps the family strong is knowing while one person left him, it was another good Samaritan who saw the bike, then her son, and called 911 for help.

"It made me feel good that somebody had the decency to realize he's somebody's child, a person, and get my son the help he needed," said Chavis.

The family has started a fundraising page to help with medical expenses.