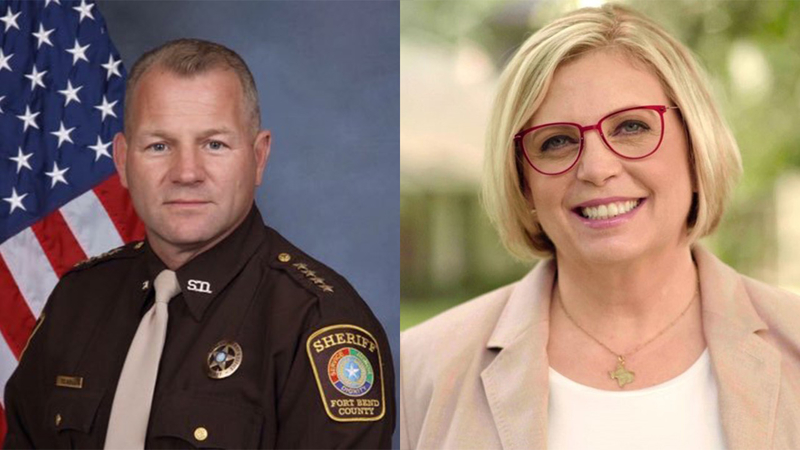 District 22 candidates headed to a runoff

After Olson announced he would not be seeking re-election, the open seat garnered interest from 15 Republican candidates and a handful of Democrats.

Sri Kulkarni, the Democratic nominee in the district last election cycle, easily led the pack on the Democratic side. The Republican race was more unsettled.

Wall managed just 19 percent of the Republican vote for the seat, but it was enough to force the runoff against Nehls, who received 41 percent of the vote.

"I appreciate you so much for standing with me because I want to go to D.C. and stand with President Trump," Wall said.

Nehls, who showed a commanding lead in what was one of the most competitive congressional primaries in the state, says he is looking forward to that runoff on May 26.

"We are going to continue to work hard and let people of Congressional District 22 know that I will work hard for them in Washington," Nehls said.

The race is one the national media is watching as Democrats hope to turn the district blue. Democratic winner Kulkarni could also make history by becoming the nation's first Indian American Congressman.

"We ran the most inclusive campaign in the entire country," he said. "We ran in 21 languages, reaching out to women who were registered but never voted in their life, and reaching out to young people."

Also among the hopeful candidates was Pierce Bush, the grandson of the late President George H.W. Bush, who was a late entry in the primary.

Bush secured Olson's endorsement but was trailing in early election returns. Family and friends warmly greeted Bush, but his dad Neil looked like he had tears in his eyes when he hugged his son as the early votes rolled in.