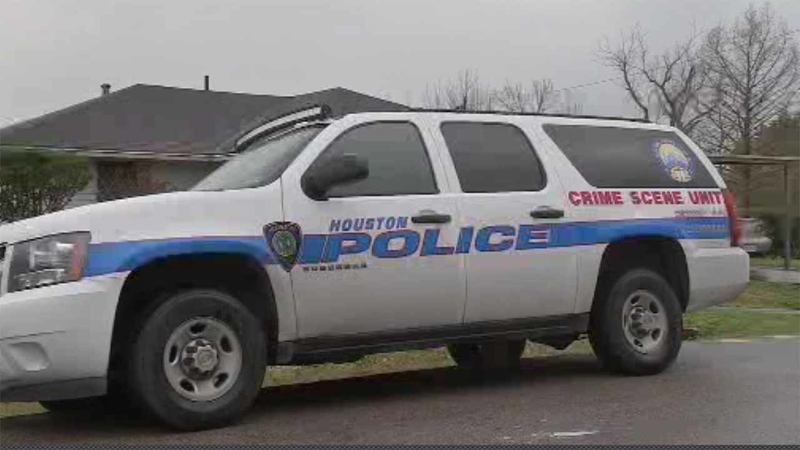 SUNNYSIDE (KTRK) -- A north Houston community is searching for answers that will lead to an arrest after a 95-year-old was robbed and assaulted inside her home.

According to her family, a man broke into the home in Sunnyside Gardens on January 18. He allegedly entered through a back window and left her on the living room floor with a broken shoulder.

The relative who found her told us off camera that she was partially nude.

Houston police are calling it a possible sexual assault.

"We would like for the police to catch him," McGee said. "But it would be great if the community could catch him first."

McGee is an activist and civic leader in Sunnyside. Tuesday, he went door to door handing out flyers making sure everyone around here knew what happened to their elderly neighbor in hopes that somebody will give the suspect up.

"We all have grandmothers, mothers, sisters, and things like that. But for someone to put their hands on one of our senior citizens, that's the ultimate violation," McGee added.

"What kind of animal would do that?" former Houston City Councilwoman Ada Edwards asked.

Edwards addressed break-ins in Sunnyside at last week's city council meeting after someone threw a brick through her front door, went in and stole her jewelry.

The family of the elderly woman says she never did anything to anybody.

"I would rather that the city look at it from a holistic point because there are a lot of people like that 95-year old woman not working, living in her house minding her own business, paying her taxes," Edwards said.

Family says the victim was released from the hospital, but they took her back because she was in extreme pain.

"I know somebody knows something. And I need them to step up. We see way too many unfamiliar faces in our area right now," McGee added.

Police have not released a suspect description at this point, but both McGee and Edwards say they wonder whether he is a resident at one of the many halfway houses they say have infiltrated Sunnyside.