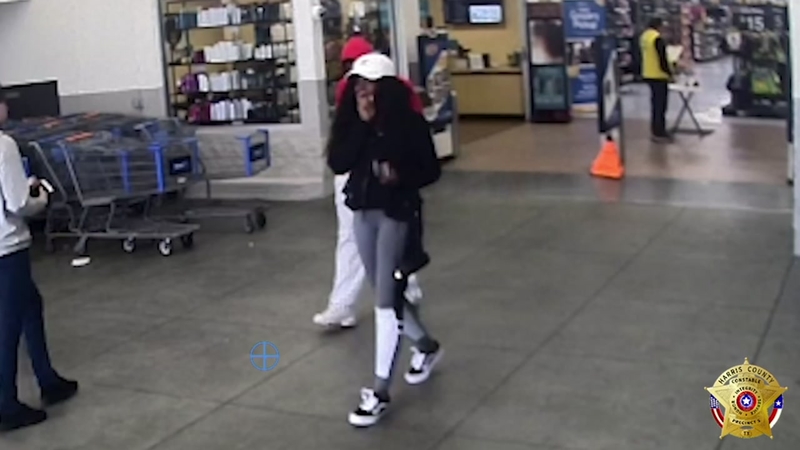 HOUSTON, Texas (KTRK) -- Authorities are asking for the public's help identifying a suspect wanted for attacking and robbing an 81-year-old woman in the Memorial area.

Authorities say the suspect approached the victim from behind and grabbed her purse. The victim was knocked to the ground and dragged several feet before the suspect was able to wrestle the purse from her grasp.

Neighbors found the victim and carried her to safety. She suffered a broken arm and several scrapes.

The suspect is described as a 5'10" black male wearing a gray hoodie. He left the scene in a black Dodge Charger parked nearby.

Surveillance video also shows the suspect at a nearby Walmart in the 2700 block of South Kirkwood. He can be seen changing into a red hoodie and using the victim's credit card cards, along with a female accomplice with long black hair, dressed in a black sweater, gray tights and a white cap.

Deputies believe these suspects may be linked to similar crimes in the southwest Houston area.