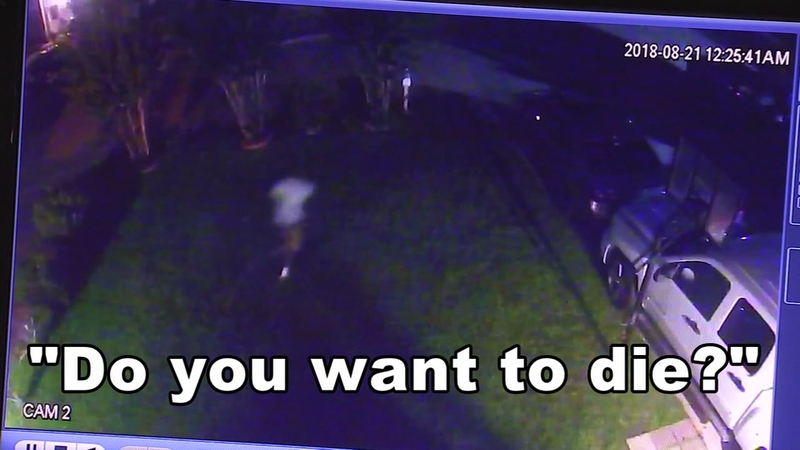 HOUSTON, Texas (KTRK) -- A 67-year-old man was robbed at gunpoint on his doorstep after a robber uttered some chilling words: "Do you want to die?"

The victim tells Eyewitness News the man then robbed him of his wallet, phone and a grocery bag with bananas and eggs inside.

The robbery happened around 12:30 a.m. Wednesday as the man arrived home on Debbie Lane in north Harris County.

A neighbor's security camera captured the suspect and his vehicle. It shows the car, possibly a Saturn, driving past the victim's house to park.

The passenger jumps out and runs up to the victim, threatens him and demands his property. The victim says the crook then knocked him down and robbed him.

"I'm sure they could have shot him, probably killed him," said Saul Mendez, the victim's neighbor. "I said this cannot be happening so close to me. We've got to try to put a stop to it."

Mendez is so offended by what happened on his street, where many families live, that he is offering a $1,000 reward out of his own pocket.

The Harris County Sheriff's Office has the case. Mendez believes it's urgent to get the armed robber and his getaway driver caught.

"Might not be the first time, and I don't think it will be the last time if they don't get apprehended," Mendez warns.