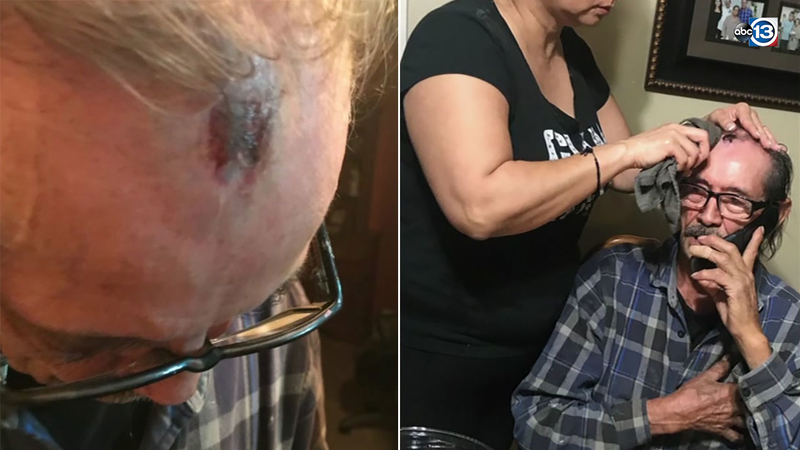 HOUSTON, Texas (KTRK) -- The search is on for a group of men who robbed and beat an elderly man Sunday afternoon in east Houston.

Ricardo Rodriguez, 82, was doing some repairs at a building near 76th Street and Canal, when two men in hoodies entered the building and demanded money.

The victim told police when he told the men he had no money, he was hit in the head with a machete. The robbers threatened to kill him, and that is when he handed over $400.

The robbers took the victim's wallet, cell phone and work truck before taking off.

Houston police have recovered the vehicle, but there's still no sign of the suspects.