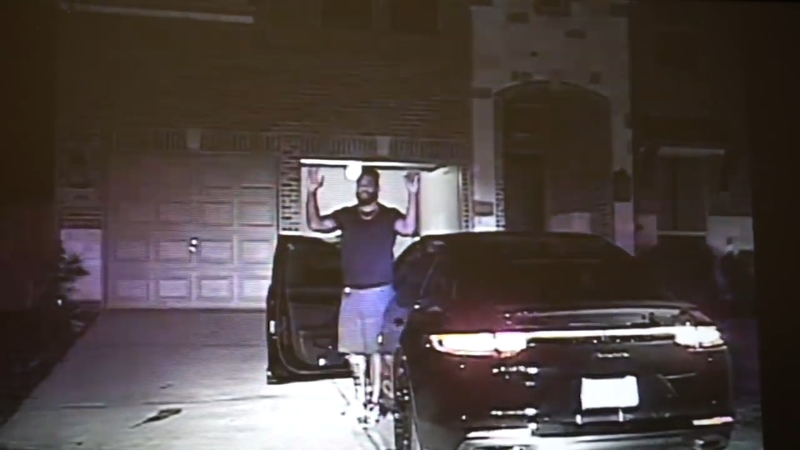 Roberts was pulled over in his Porsche on March 10. The deputy's dashcam and microphones recorded the incident.

Both the Fort Bend County Sheriff's Office as well as Roberts' attorney, Jennine Hovell-Cox, have since released it.

In the video, you can see Roberts getting out of his car and immediately told to get back in his vehicle by Deputy Adam Watkins.

Roberts replies, "This is my house."

"Shut the door, shut the door, put the hands on the steering wheel and roll down the window, do it now!" Watkins says.

Deputy Watkins then calls for backup. Approximately six minutes pass. Then, Watkins is heard describing Roberts to another deputy.

"I haven't even begun the traffic stop," said Watkins on the video. "The big black male, I told him to get into the car, he wouldn't comply."

"Why was any description needed," asked Hovell-Cox. "He refers to him as a big black guy on the video, why was there mention about my client's race? Why was that necessary?"

When asked about his deputy calling Roberts "a big black male," Sheriff Nehls brought forth the patrol supervisor and remarked, "Okay, this here... is a big white male, is he not?"

Sheriff Nehls was particularly upset at USA Today reporter A.J Perez, who had a 90-second edited version of the dashcam video on the newspaper's website.

"The only reason we are here today, in my opinion, is what Mr. Perez put out yesterday," Nehls said. "Because until he put it out on USA Today Sports, nobody was making any phone calls. Nobody was calling our office."

Hovell-Cox was puzzled when informed of the USA Today focus. She says she and Roberts first filed a complaint with the sheriff's office in March, a week after the incident. When they did not feel the case was properly investigated, they decided to file an official complaint with the Fort Bend County District Attorney's Office.

"Ultimately we like for these type of stops not to occur in the future, that's it's a matter of principal," Hovell-Cox said. "My client is not seeking any type of monetary compensation as a result of this incident."

That night, Roberts did comply, and after being issued traffic tickets, was free to go.

After reviewing the incident with his supervisor, Deputy Watkins reduced the ticket to a warning. He was given some verbal retraining but remains on patrol.

Both sides believe the video proves their case.

Roberts plays linebacker for the Patriots. He played football at the University of Houston.