Pay for some Texas teachers will top $100,000 in bid to aid poorer schools devastated by COVID-19

By BY BEKAH MCNEEL, THE74MILLION.ORG 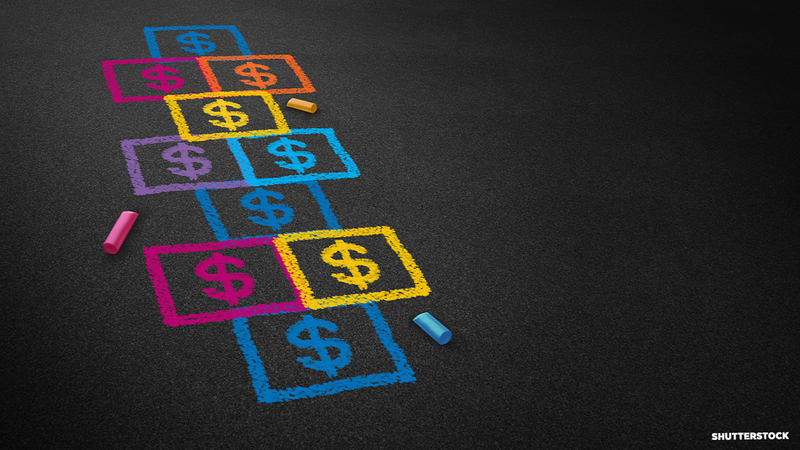 In a move to create educational equity, Texas is set to offer some of its best teachers more than $100,000 annually, rewarding them for work in the state's poorest schools where COVID-19 has devastated communities, resulting in months, if not years, of learning loss.

"We need our best teachers to be able to do this work," said Mohammed Choudhury, associate superintendent of strategy, talent and innovation for the San Antonio Independent School District. "We need them to extend their work and their leadership beyond their classroom to not only be able to move beyond COVID-19, but to build back better."

For the 193 teachers in San Antonio designated to lead this effort, that could mean extra days of intervention during holiday breaks throughout the school year, and tutoring after school and during the summer.

The new infusion of state funds from the Texas Education Agency's Teacher Incentive Allotment will not only boost existing stipends, but fundamentally bend the concept of "incentive pay" toward equity using a payout structure that rewards the work done by excellent teachers in high-poverty schools.

It's an unusual move for a state hardly known for progressivism, the fruit of an unusually cooperative Legislature in 2019. After state Democrats gained significant seats in the 2018 midterm elections, the Legislature passed House Bill 3, adding $11.6 billion to public schools. Currently, the average salary for all teachers in Texas is $57,641. The new law created the Teacher Incentive Allotment, with payouts of $3,000 to $32,000 per teacher. While incentive pay is a favorite conservative reform strategy, the stipend's progressive structure is unusual for Texas, where Republicans control both chambers of the Legislature.

Already, Choudhury said, the potential to earn a hefty stipend is attracting new talent from other districts and allowing the district to hold onto its No. 1 asset for kids.

"It's built on what we know, hands down," said Choudhury. "Put aside any other frills. The adult in front of the classroom is the most important individual in that child's life inside school."

In San Antonio ISD, these rock-star teachers will be required to work an extra four hours each week and an extra 20 days per year. This will put them at the forefront of the district's COVID-19 recovery efforts.

To ensure that money flows to the highest-need schools, the state is using equity-focused guardrails throughout the payout process.

First, districts must submit their proposed teacher evaluation guidelines to the Texas Education Agency. Instead of using single-year standardized test scores, which are almost always higher in wealthier schools, to measure teachers' performance, the plans must include both growth measures and classroom observations. Growth measures can be either improvement in standardized test scores year over year or other quantitative goals set by the district. By emphasizing growth, the state is moving away from criteria that consistently favor wealthy schools and looking more toward how a teacher has brought students along over time.

So far, 82 districts and charter schools have been approved or are in process to receive funds from the Teacher Incentive Allotment.

Once the state approves the evaluation plan, the district shares a list of teachers who meet its criteria for "recognized" "exemplary" or "master" designation, along with the school where that teacher works. Each school falls into a "tier" of poverty based on a statewide scale. Teachers generate funding for the district based on their designation and the tier of the school where they teach.

The state releases allotment funds to the school district in one lump sum, with the requirement that 90% of the money must be spent on personnel at the school where it was generated. This ensures that money intended to go to poorer campuses actually gets there.

"The Teacher Incentive Allotment is not a grant. It is a commitment to shift the culture of your district," Choudhury said. "It took the historical inequity created by segregation and concentrated poverty and turned it into, for those districts and schools, an edge to recruit the best teachers."

Right now, the average teacher salary in San Antonio ISD is $57,000. Teachers with the highest designation at San Antonio ISD's lowest-income schools will make an extra $26,500 this year. At the district's highest-income schools, the largest stipend will be $18,500. With additional stipends from clubs, department leadership and athletics, some teachers will make over $100,000.

To measure teachers' effectiveness, Texas chose to look at the academic growth of students in their classes, instead of only looking at a single year's achievement. Popularized by Stanford researcher Sean Reardon, "growth scores" are considered to be more equitable and a better measure of the contribution of the teacher.

Standardized test scores tend to track with family income, so students hit high marks at wealthy schools. If districts add incentive pay for high test scores alone, teachers have every reason to want to work in higher-income schools where their stipends are secure. If teacher evaluation is, instead, based on how much students gain, teachers can show their effectiveness in any classroom - even when the kids come in behind.

"The growth model that the state has built looks at where you take your kids, not where they started," Choudhury said. "Every teacher should be expected to grow their kids, whether they come in already proficient or two years behind."

Measuring growth is helpful when students start the year in dramatically different places, academically. After a year and a half of "slide"- both summer and COVID-19 - experts predict gaps will be wider than ever next school year.

In addition to student growth, the state requires classroom observation to be included in a district's evaluation plan so administrators can see how a teacher manages, engages and supports students. Districts can also include other criteria, like campus leadership or student feedback. Choudhury's team consulted with more than 2,500 San Antonio ISD teachers to determine what should go into the teacher evaluations and how much each criterion should count.

For districts new to performance pay, the state guidelines are a great place to start, said Palestine ISD curriculum director Sharon Reed. For now, she said, the 3,400-student district in North Texas plans to stick with the two criteria mandated by the state - student growth and teacher observation.

Incentive programs like this (sometimes called merit or performance pay) are controversial among teachers, who say they create classes of teachers and put even more pressure on high-stakes testing. Most districts go with "steps and lanes" salary schedules based on years of experience and degrees held.

Under that model, San Antonio ISD Superintendent Pedro Martinez said, it's impossible to reach $100,000 in most Texas districts.

In Longview ISD, the money that doesn't go directly to teachers will be used to help teachers in non-testing grades earn their National Board Certification, which will then automatically qualify them for a state designation, said John York, Longview ISD chief human resources office.

"Our goal was for all of our employees to have an opportunity," York said. "We plan to be the highest-paid district around."

Incentive pay is part of the culture in Longview ISD, York said. This year, 11 teachers will make over $100,000. Along with several other districts, the small northeast Texas district helped design the state system, calling on the success it has had keeping high-performing teachers in its lowest-income schools.

High turnover is ubiquitous in low income-schools around the country, which makes it difficult to get the kind of traction needed to improve. Incentive pay has helped recruit talented teachers and keep them in classrooms where they are most needed, York explained. "The kids are the winners."

The video above is from a previous report when a Texas representative filed a bill proposing raising teachers' salaries.