KTRK
By Raga Justin, The Texas Tribune
AUSTIN, Texas (KTRK) -- A national organization has filed a lawsuit against the University of Texas at Austin on behalf of two white students who were denied admission, marking the third time the school has been sued by this group over an admissions policy they call "racially discriminatory."

The group, Students for Fair Admissions, is a nonprofit of "more than 20,000 students, parents and others" who believe that racial classifications and preferences in college admissions are "unfair, unnecessary, and unconstitutional," according to the group's website. The lawsuit, which was first reported by the Austin-American Statesman, claims that at least two white students applied for admission to UT-Austin's 2018 and 2019 freshmen classes and were denied based on their race.

The applicants, who currently attend other universities in Texas, are "ready and able to apply to transfer to UT-Austin when it stops discriminating against applicants on the basis of race and ethnicity," the lawsuit said.

Several high-profile UT System officials are named as defendants in the suit, including Chancellor James B. Milliken and members of the Board of Regents, along with interim UT-Austin President Jay Hartzell.

Previous attempts to overturn the use of race in UT-Austin's admissions policies have proven unsuccessful, including a 2018 lawsuit by the same group that was dropped earlier this month. Students for Fair Admissions was also behind the high-profile Fisher v. University of Texas at Austin case, which ended up at the U.S. Supreme Court in 2016 and culminated in a 4-3 ruling in favor of the university, with the court holding that UT-Austin's race-conscious admissions policy did not violate federal law.

The same group has sued administrators at Harvard University. A federal judge ruled in favor of Harvard last October, upholding the inclusion of race as a consideration in applications.

In 2018, about 75% of UT-Austin students received automatic admission to the school through the Top 10 Percent Rule, a state law that offers admission to Texas students near the top of their high school class. The university has factored race and ethnicity into its admissions decisions for the remaining applicants since 2003, when a different U.S. Supreme Court ruling declared race-based affirmative action constitutional.

"The university is reviewing the new lawsuit from (Students for Fair Admissions)," said J.B. Bird, a UT-Austin spokesperson, in a statement. "We agreed with the judge's decision to dismiss (Students for Fair Admissions)'s previous lawsuit, and we remain confident in the lawfulness and constitutionality of UT Austin's holistic admissions policy, which the U.S. Supreme Court upheld in 2016."

In a statement, the group's president Edward Blum said the latest lawsuit is a reaction to UT-Austin's "blatant failure" to follow the Supreme Court's instructions from the 2016 Fisher ruling to continue evaluating the use of race in its admissions policy.

"The Supreme Court did not give the University of Texas a blank check to use race-based preferences in perpetuity, and the university has failed its obligation to reexamine its policies," Blum said. 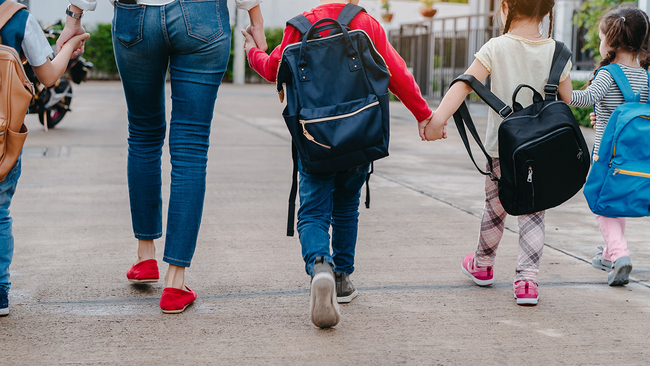