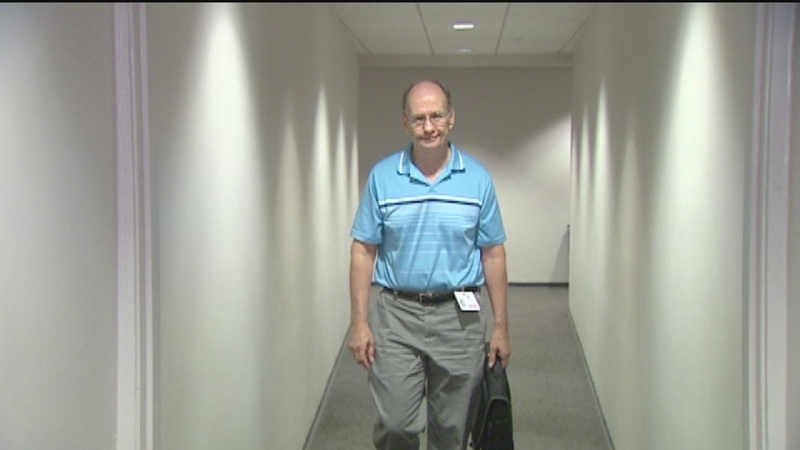 HOUSTON (KTRK) -- A Klein Forest High School teacher has filed a federal lawsuit against the school district where he's worked as a geometry teacher.

Michael Van Deelen worked an entire career in finance before deciding to try teaching. After five years in the classroom, he landed at Klein Forest High School where he claims he had to teach out of control students.

"Violent, abusive, kids would hit each other," Van Deelen said.

He says the trouble escalated when they moved him to geometry where he was threatened by one student.

"He became enraged and said I'm going to stick you. To me that meant he was going to knife me," Van Deelen said.

Van Deelen said he feared for his life, and claims he tried to file police reports.

"I was called into the principals office and told you will not make police reports," Van Deelen said.

In the suit he claims, "Klein Forest High School has pervasive discipline problems. Many of the students can be characterized as violent, out-of-control and/or disruptive. The inappropriate behavior includes verbal abuse of teachers and other students, constant profanity, sexual innuendo, improper dress (including the wearing of 'hoodies' and drooping pants and shorts), skipping class, constant tardies, leaving class without permission, assault and battery."

He goes on to claim in the filing, "teachers who attempt to report the inappropriate behavior are ignored, chastised for 'causing' it to occur or reprimanded and retaliated against for reporting it by the defendants."

Spokesperson Judy Rimato released this statement on behalf of the district:

"KISD is aware of a lawsuit filed by Mr. Michael Van Deelen against a student. KISD cannot comment on the allegations in that lawsuit as information regarding students is confidential. KISD previously acted to terminate Mr. Van Deelen's employment effective at the end of the school year. Mr. Van Deelen then also sued KISD and multiple individuals. KISD denies the allegations in the lawsuit against it and considers it to be groundless."

Many Klein Forest High School students weighed on on the lawsuit.

"Students know that a teacher can't get in their face and yell or harm them or discipline them," said Julio Munoz.

"If teachers do something they get fired or suspended," said Diamond Davis.