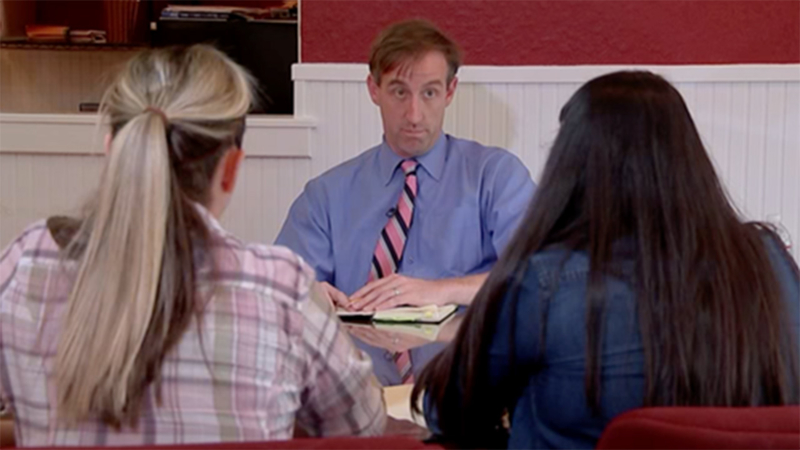 Administrators cite "irregularities in grading" the students' exit exams as the reason. The nursing students, however, told Ted Oberg Investigates that they believe they are being kept from the national RN test because HCC brass are only allowing the "cream of the crop" nursing students to take the exam so that test scores will be off the charts -- which will finally allow HCC to unshackle itself from probation imposed by the Texas Board of Nursing.

"In the preceding years, they've scored less than 80 percent, and this year it's very important for HCC to get that 80 percent passage rate," said Keith Gross, a lawyer representing the students. "What HCC has done, from my perspective, they've picked cream-of-the-crop students and somebody from HCC has said, 'I think these students will make a good 80 percentile.'"

"When we looked at their scores, we believed they were not ready to pass the course," he said. "All of us, someday, in some fashion, may end up in a hospital bed and we want the person at our bedside that has had the best training and is the most competent to care for us or our loved ones."

The college's rules say that nursing students are allowed two tries at the exit exam. Nicotera said that testing irregularity was that the second exam provided to more than two dozen students was -- mistakingly -- the exact same exam as the first test, giving an advantage to those taking a second bite at the exit exam apple. The students who took the second test have been offered remediation free of charge.

"It's a computerized test," Nicotera said. "So they took it, they didn't do well. And then they retook the same test. It was supposed to be a different test."

But two nursing students -- honor students who are clients of Gross -- who spoke with Ted Oberg Investigates refute the claim that the second test was the same.

"It had similar topics, it had maybe a couple of the same questions, but it's a 160 question test. It is not the same test," said one of the students.

"I saw maybe two questions that I recognized out of the 160," said the other.

Neither nursing student wanted their names or faces made public on abc13.com. While school officials know who they are because Gross sent a letter to HCC administrators on their behalf, they are concerned about how future employers might react.

One thing that the HCC nursing students and their administrators do agree on is that the nursing program could be in trouble. At least 80 percent of the students who have received their 'affidavit of graduation' and are allowed to take the national nursing exam must pass that test, or the nursing program will cease to exist.

"What would happen? We would have to discontinue to the program and re-apply for accreditation," Nicotera said, adding that "would take about a year."

"It's not an outcome we would desire," Nicotera said.

Indeed, the HCC nursing program has been under a cloud for the past three years because of poor national nursing test scores. Nicotera was tapped last year to become Coleman's president, in part to address the poor performance of the nursing program.

While the national RN test scores have improved, they haven't quite reached the 80 percent mark. The last time HCC nursing graduates did so was in 2012. The National Council Licensure Examination-Registered Nurse exam pass rate in 2013 was 66 percent; in 2014, 71 percent; and in 2015, 78 percent, according to the Texas Board of Nursing.

The HCC nursing program has until September 30 to achieve the 80-percent pass rate, according to the Texas Board of Nursing. Gross's nursing student clients believe they are being punted until after that date to take the big test, allowing the best test-takers to take the RN test and score big.

"We're considered the 'at risk' students and I'm not quite sure why," said one of the nursing students, who initially got an 800 score on the HCC exit exam and a 1288 on the second try. "They are pushing us past the September 30 deadline so that they can attain the 80 percent score that they need to keep the program going.

"If they don't make that 80 percent pass rate, they lose the program altogether."

Her fellow student, too, failed the first HCC exit exam, but scored 1408 out of 1500 on the second test.

"We definitely feel that because of the circumstances of the school and its probation, that is behind the withholding of our affidavits," she said.

Another potential embarrassment for HCC: The college system is spending nearly $100 million in taxpayer dollars for a new facility to house 251,000 square feet of classroom space and labs. The cost and the amount of space was calculated considering the nursing program.

Nicotera said he and the nursing program only have the interests of the students and the college in mind.

"We have to be assured that when we release the student that we have done our duty to the public, the healthcare community, as well as that student to be out there and be successful," he said. "We have to make sure they are ready to do that. It's not only about taking the national licensure exam. It's about going out and practising safely as a nurse the day they walk out of here."

But that doesn't ring true to at least one of those nursing students who are potentially being kept for months from accepting a good paying job in the largest medical center in the world.